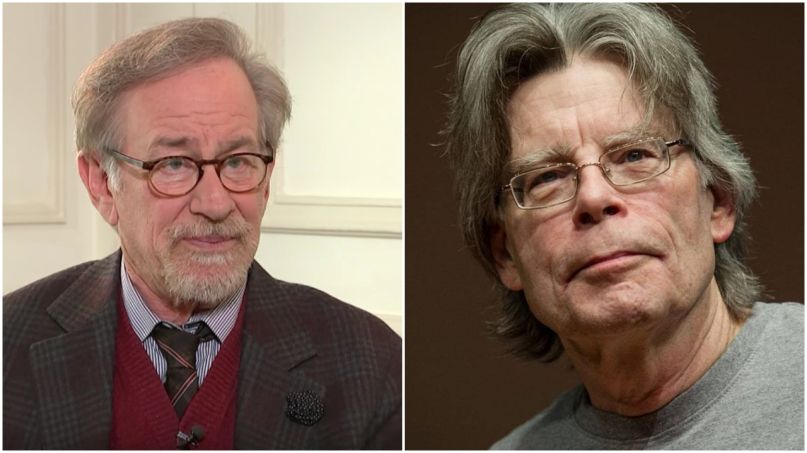 Talk about timing: Consequence of Sound’s own Stephen King podcast, The Losers’ Club, is tackling King and Peter Straub’s fantasy epic, The Talisman, next week, right on the heels of news that Steven Spielberg himself might finally be bringing the book to the big screen.

In a new Entertainment Weekly article outlining the various projects King and Spielberg have discussed over the years, there’s a quote from the latter that should get fans of Jack Sawyer, Wolf, and that nefarious Morgan Sloat excited. “I feel that in the very near future, that’s going to be our richest collaboration,” Spielberg said. “Universal bought the book for me, so it wasn’t optioned. It was an outright sale of the book. I’ve owned the book since ’82, and I’m hoping to get this movie made in the next couple of years. I’m not committing to the project as a director, I’m just saying that it’s something that I’ve wanted to see come to theaters for the last 35 years.”

“Several times he came very close to making it, and there were a lot of discussions about that,” King added.

Now would be a fitting time to bring up that Spielberg’s Amblin Entertainment hired The Fault In Our Stars director and King superfan Josh Boone to pen a script back in the fall. That same bit of news also noted that Frank Marshall would be producing alongside executive producer Michael Wright, so the wheels are definitely turning.

Of course, Boone himself is currently in reshoots for New Mutants, and also apparently involved in potential adaptations of The Stand and Revival for TV and film, respectively, so his plate is full. King’s is, too; in addition to Andy Muschietti’s upcoming It sequel and Hulu’s Castle Rock series, the author will see the likes of Pet Sematary, Doctor Sleep, and “The Bone Church” adapted for the screen, as well as whatever Amazon is up to with The Dark Tower.

The Talisman is nearly 1,000 pages, however, not to mention absolutely epic in scope, so don’t be surprised if the project collapses beneath its own weight. That happened in the past, after all. EW’s article points out that the book was nearly adapted as a six-hour miniseries for TNT by screenwriter Ehren Kruger about a decade ago before falling apart. “At that time it was just too rich for TNT’s blood,” Spielberg said. “Then I pulled it back and decided to try to reconfigure it once again as a feature film.”

If you haven’t already, subscribe to The Losers’ Club to stay up on the latest developments on this project and all the many, many others percolating out there.