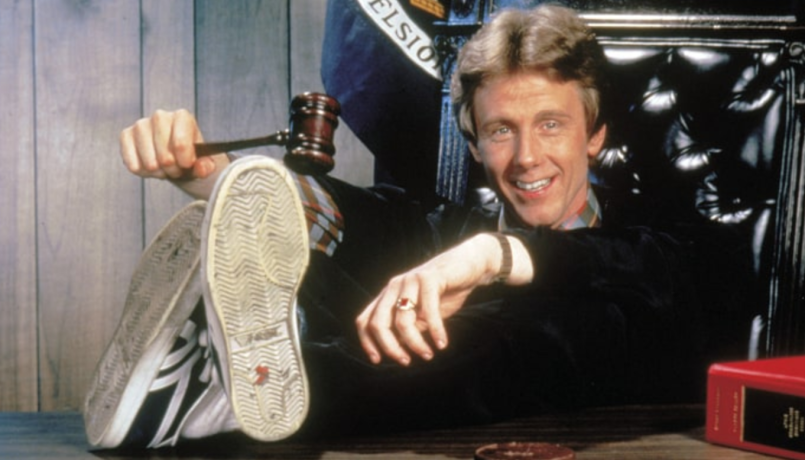 Harry Anderson, the actor best known for starring NBC sitcom Night Court and the 1990 miniseries of Stephen King’s It, has died. As confirmed by the Asheville Police Department to The Hollywood Reporter, Anderson passed at his home in Asheville, North Carolina. While a cause of death is currently unknown, Asheville Public Affairs officer Christina Hallingse says that “no foul play is suspected.” He was 65.

Anderson was a magician before he was an actor, and his talent for illusions led to guest spots on Saturday Night Live. Those spots led to a recurring role on Cheers as con man Harry “The Hat” Gittes, which opened the door to Night Court, where he led the ensemble as smart aleck judge Harry T. Stone. Later, he starred as Dave Barry in the popular ’90s series Dave’s World. As big fans of King, we here at Consequence of Sound were especially fond of his turn as motor-mouthed jokester Richie Tozier.

“I guess they figured I was an actor,” Anderson recently told the Bradenten Herald of his career shift post-Cheers. “I never auditioned for anything. I had the scripts next to me behind the bench. They named the character Harry so I’d remember to react when someone said my name. By the time they figured out that I couldn’t act scared on the subway at 4 a.m., I already had a five-year contract.”

Anderson mostly focused on live magic and comedy shows in recent years, though he did play himself in an episode of 30 Rock that reunited several members of the Night Court cast.

Anderson’s passing rippled throughout Twitter, with several performers paying tribute to the actor.

I interviewed Harry Anderson when I was 15 years old and he was so kind, and frank and hilarious. The interview is in my book Sick In The Head. He was a one of a kind talent who made millions so happy. https://t.co/0ksw4WKvxB

Whoa. I was OBSESSED with Harry Anderson and Night Court. Oh my. Learned lots of comedy from him. He was both straight man, character, and foil. I love his work. Rest In Peace, Judge Stone.

RIP Harry Anderson. also 'Night Court' is nothing like court at night. https://t.co/8tN212eyiT

And here’s some great scenes if you feel like a good chuckle.