Kyle Mooney is The Shape of Water’s Fish Man in bizarro sketch cut from SNL: Watch 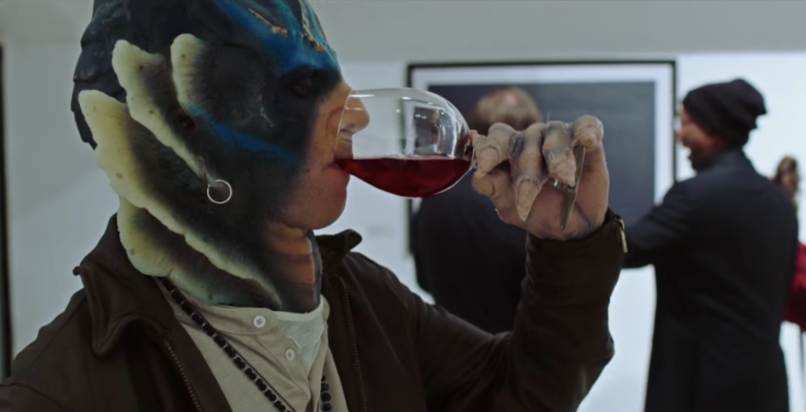 Kyle Mooney and Beck Bennett’s hilarious, offbeat digital shorts for Saturday Night Live are often relegated to the back half of episodes or excised altogether, only to capture the attention of the internet when they’re uploaded to YouTube. That’s been the case with the Larry David-starring “Beers” and the deliriously strange “New Year’s Kiss” featuring Dave Grohl as “a weird, wolf-looking guard guy.” It’s also the fate of “Fish Dreams”, which was cut for time from this past weekend’s episode with John Mulaney.

Mulaney co-stars in the sketch, which follows the The Shape of Water’s Fish Man (Mooney) as he attempts to pivot into the art world. The problem is that work is hilariously juvenile—in one, a question mark hovers over two fingers touching each other—and there’s another fish man (Mulaney) scooping up all of his roles. As with all of Mooney and Beckett’s shorts, it’s aggressively dumb and uniquely inspired, not to mention attuned to the beats of the boilerplate entertainment that permeates Hollywood.