30-date trek begins next month and also includes Jay Rock, Ab-Soul, and other members of the Top Dawg Entertainment roster 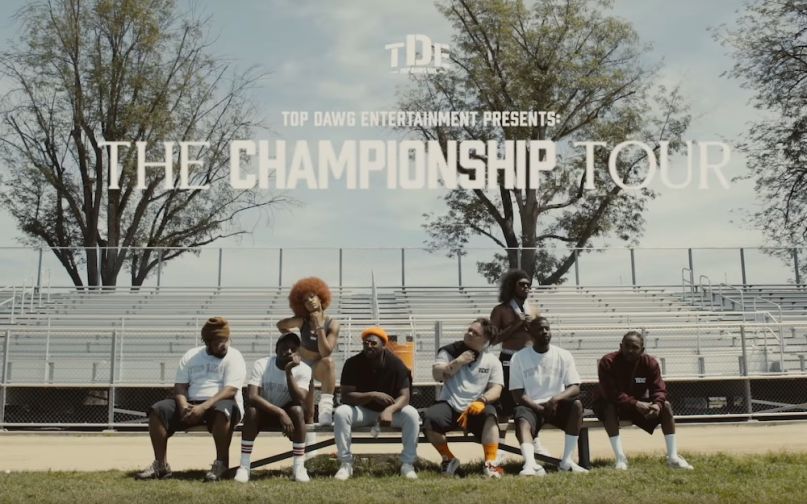 Pulitzer Prize-winning rapper Kendrick Lamar is gearing up for “The Championship Tour” alongside the all-star roster of Top Dawg Entertainment. In promotion of the 30-date trek, he’s shared an entertaining tour trailer featuring the entire squad preparing to hit the road.

Directed by Jack Begert and TDE president Dave Free, the video opens with ScHoolboy Q on the golf course with SZA, who’s lagging behind. Meanwhile, Kendrick is on the tennis court training Jay Rock, who can’t stop breaking racquets. Over on the basketball court, Ab-Soul hasn’t made a shot yet, and to top things off, he gave R&B singer SiR directions to the wrong gym. Finally, Lance Skiiiwalker struggles with his cardio on the soccer field.

The trailer really gets fun, however, when the ’80s music kicks and the TDE roster gathers together for some training camp style exercises to mixed results. SZA turns out to be surprisingly athletic, flipping over a tire and doing some cartwheels during the process. To close things out, the crew –except for Kendrick — scatters after hearing about the “mandatory drug test.”

Watch the whole thing below and check out the tour dates here, and grab tickets here.