Been chopping samples from the sunken place," remarks Kanye 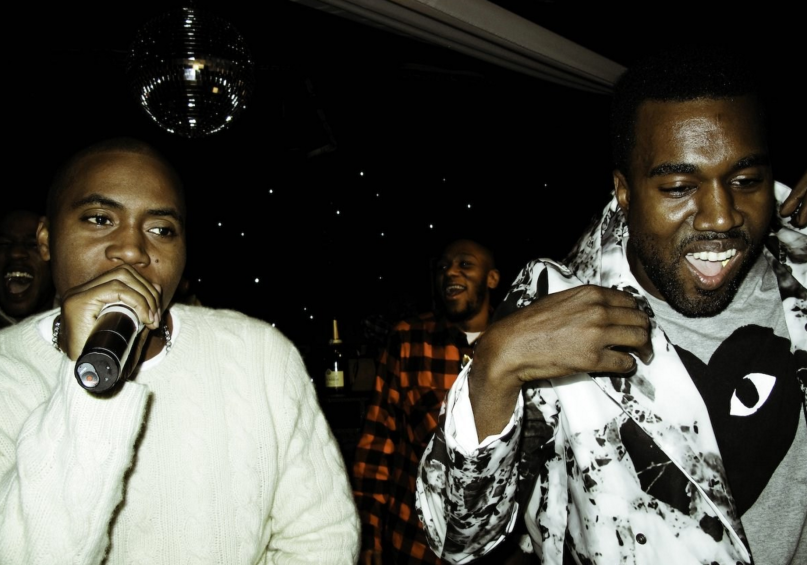 Here we go: In between posting offhand bits of philosophy and plenty of cringeworthy opinions, Kanye West has been using his Twitter account to announce both a pair of new albums of his own (one a collaboration with Kid Cudi), as well as new records from G.O.O.D. Music associates Pusha T and Teyana Taylor. Rumors pointed towards Yeezy having produced the latter records, and now West has confirmed as much in another new tweet.

“I’m hand producing all the albums I tweeted about. Been chopping samples from the sunken place,” he writes, acknowledging his reference to Jordan Peele’s Get Out with a lol emoji. This marks the first time in a decade that West’s taken production duties upon himself.

I'm hand producing all the albums I tweeted about. Been chopping samples from the sunken place ????Pusha May 25th My album June 1st me and Cudi June 8th and Teyana June 22nd and oh yeah…

That must mean he’s also producing the new album from Nas, which he announced just moments after the above tweet. “Nas June 15th,” it reads, presumably saying that a new release from the Illmatic legend is due for release in mid-June. It marks Nas’ first studio album since 2012’s Life Is Good.

This announcement comes right on the heels of the announcement of a new version of Illmatic featuring the National Symphony Orchestra.

Stay tuned, as we’re sure more bombshells are forthcoming.