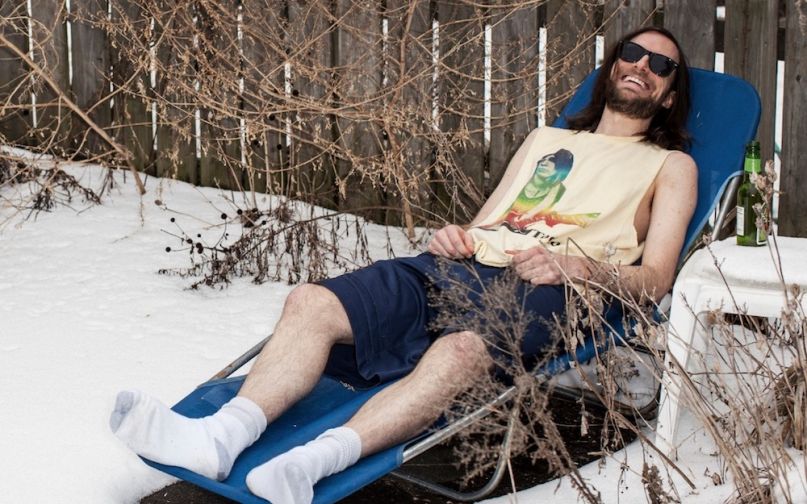 Pittsburgh-based producer Girl Talk, aka Gregg Gillis, has collaborated in the past with rappers such as Freeway and Wiz Khalifa. Now, he has linked with Flatbush Zombies member Erick “The Architect” Elliott for a new song entitled “Trouble in Paradise”.

Premiered during the end credits of this week’s episode of Silicon Valley, the track is built around a Julian Casablancas + The Voidz sample. “I’m a fan of Flatbush Zombies, so I met up with Erick last time I was in New York,” Gillis said about the song in a press release. “I played him some music that I was working on, and he later jumped on one of the beats… The Julian Casablancas and The Voidz sample really clicked with the initial idea, so we reworked the song, and it transformed into something more menacing and heavy.”

The growling, off-kilter cut is promised to be the first taste of a score of upcoming Girl Talk collaborations with the likes of Big K.R.I.T., Juicy J, and T-Pain. Hear it below.

This summer, Girl Talk will be playing festival dates at SunFest in West Palm Beach, Florida and Australia’s Splendour in the Grass.