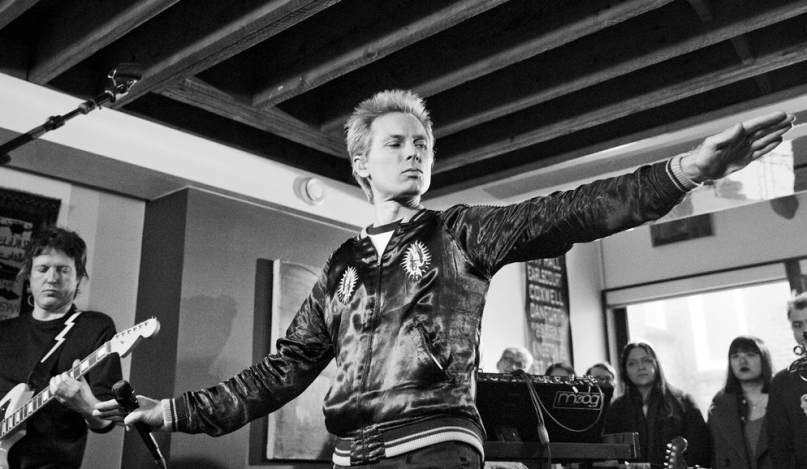 Franz Ferdinand were in Toronto earlier this month to kick off their tour supporting their new album, Always Ascending. In addition to playing a gig at the Rebel, the Scottish indie rockers stopped by the House of Strombo to take part in The Strombo Show’s intimate performance series. They delivered new cuts “Glimpse of Love” and “Feel the Love Go” alongside hits like “Take Me Out”, but they also paid homage to The Six by covering the city’s prized son: Drake.

Halfway through the set, the band pulled out a smooth rendition of one of our favorite songs of 2017, the More Life track “Passionfruit”. The dancehall pop of the song actually makes it perfectly suited for a Franz Ferdinand cover, and Alex Kapranos even added a bit of lounge singer swagger to the affair for good measure. Check out the performance at the 11:40 mark below.

In related news, Franz Ferdinand have released a new music video for “Glimpse of Love”. Directed by Alice Kunisue and set in a Scottish countryside cottage, the cheeky clip features the band taking part in increasingly silly tableaus. They chase sheep, flash cameras, and perform slight, choreographed dances — and of course, as the lyrics demand, there’s a makeover scene. Watch the video below.