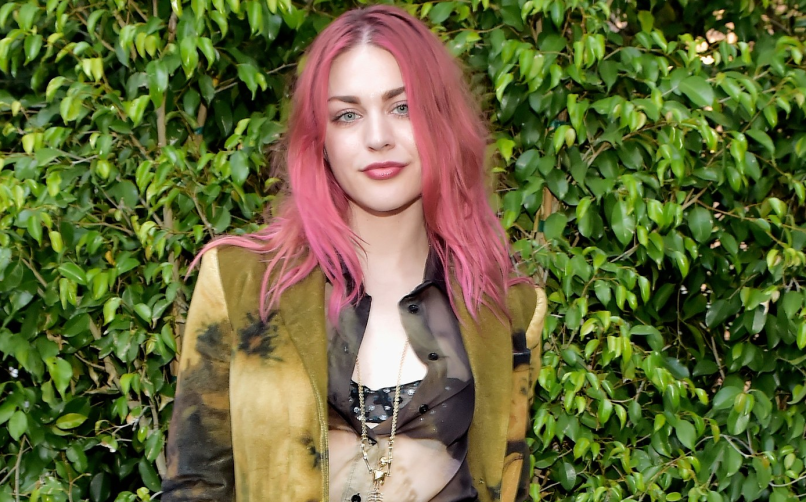 In an Instagram post earlier this month, Frances Bean Cobain shared her first-ever piece of original music. It was simply an a capella performance of a single verse, but since it was coming from the daughter of Kurt Cobain and Courtney Love, people predictably became all a twitter. In a new red carpet interview at the Daily Front Row Fashion Awards on Sunday, Cobain spoke of her musical aspirations.

“I don’t want to pigeonhole myself and say I am a musician or a visual artist because I feel like it’s all encompassing and I feel like every bit of my art is related to the other,” the 25-year-old artist/model said. “So do I want to pursue my music further and see it come to fruition and see something further and see something palpable? Absolutely.”

However, Bean stressed that her recent solo offering should not be considered anything more than what it is. “Do I want to say that that was an official release? No! It was an Instagram post,” she remarked.”

E! News host Sibley Scoles then asked about Cobain about her famous father and what she imagines he’d think of her art. Cobain gave a wise and diplomatic answer, saying, “I don’t have an answer for that because I don’t want to speak on someone else’s behalf. I would hope that he would be proud of the human being I am even if he didn’t like the art I am putting out. That’s all I would ask of anyone in my life.” With that type of sagacity, we’re sure he would be proud indeed.