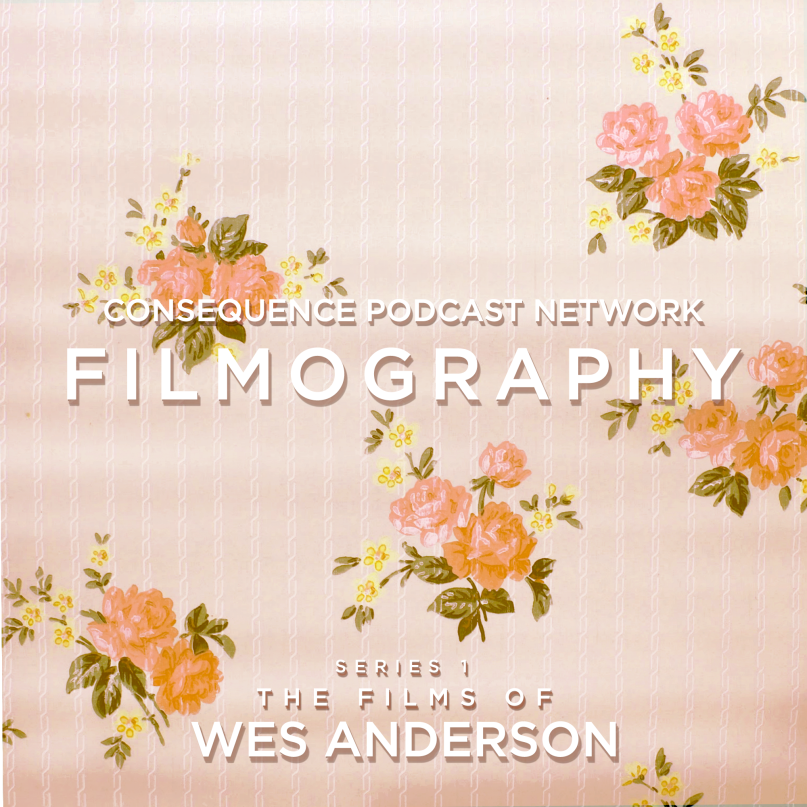 So far, Filmography has spent its first series taking an in-depth look at the films of Wes Anderson, considering how he stages comedies and invents dream worlds alike. For the final episode, “The Dramatist,” Film Editor Dominick Suzanne-Mayer is joined by Editor-in-Chief Michael Roffman and The Film Stage Show host Michael Snydel to consider the messy emotions of Anderson’s work, and how his hyper-stylized worlds negotiate the stresses of real-world pain.

This week, the discussion is focused around the following:

This’ll be a wrap for Filmography’s first series, and we’ll be back in June. In the meantime, keep your eyes peeled to our official Facebook page for updates on the next filmmaker and other related material popping up around the site.

Additionally, please check back on Tuesday, April 10th, for the start of Discography, a new music-centric production from Consequence Podcast Network. Discography will be kicking off with a six-part series focusing on Frank Zappa’s boundary-shattering output.