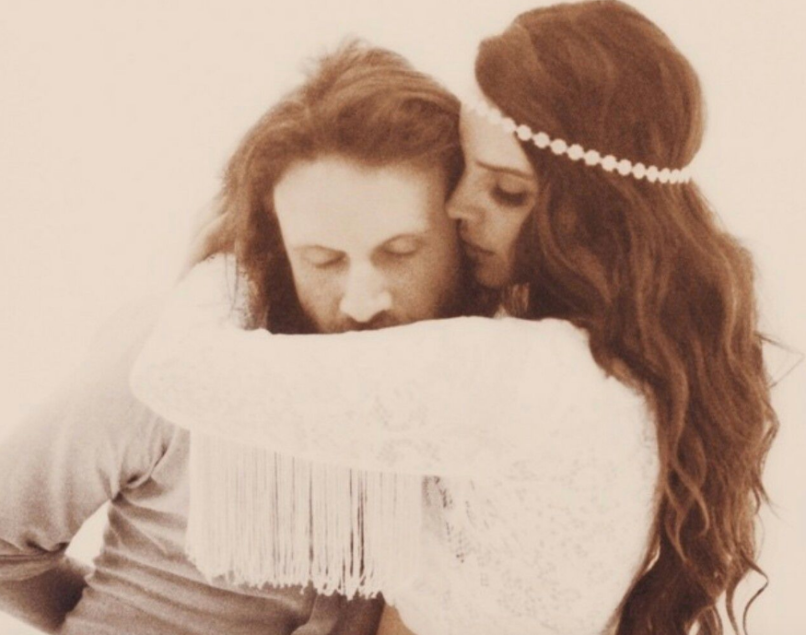 Father John Misty and Lana Del Rey have a long-standing and public affection for one another. Maybe it has something to do with their shared ability to write sweeping, romantic songs while maintaining carefully crafter personas, but the two are simply drawn to each other. They worked together on Del Rey’s 2016 video for “FREAK”, and have shown an earnest appreciation for each other’s work. So it made sense that the ASCAP Pop Music Awards tapped FJM to present LDR with their 2018 Global Impact Award.

During the ceremony in Beverly Hills on Monday night, Josh Tillman honored Del Rey by covering her 2012 track “Ride”. The acoustic rendition was delivered with clear respect for the material, with Tillman even pushing himself to hit those high notes at the end. After the performance, he was forced to vamp a bit as he awaited the trophy he was meant to hand Del Rey. “I know how hard you work at what you do… and it’s so evident in the care and just how singular what you do is,” he said. “You could take all the crack songwriters and put them in a bunker for a thousand years and they would not come up with, ‘I fucked my way to to the top,’ ever.”

Watch video of the cover (there’s even a brief shot of Del Rey’s reaction) and presentation below.

In related news, Father John Misty has shared the video for one of his latest songs, “Mr. Tillman”. Co-directed by Jeff Desom and Carlos Lopez Estrada, the clip finds Misty trapped in a surreal loop centered around the Mint Hotel. There’s an ominous impression that it can’t possibly end well, but something propels him forward, unable to avoid his fate.

“Mr. Tillman” comes from the forthcoming God’s Favorite Customer, out June 1st via Sub Pop/Bella Union. FJM has also shared the album cuts “Just Dumb Enough to Try” and “Disappointing Diamonds Are the Rarest of Them All”. Check out the “Mr. Tillman” visuals below.