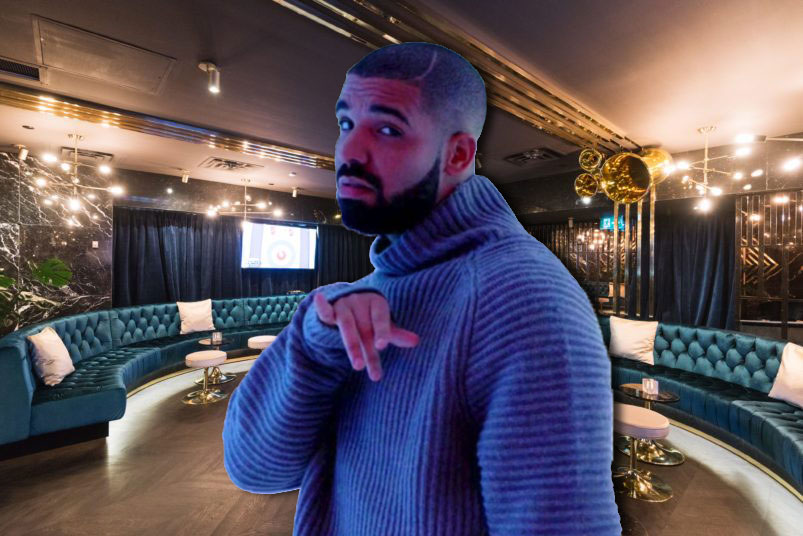 The doors to Drake’s new Toronto restaurant opened back in February. In an attempt to match the OVO founder’s baller lifestyle, Pick 6ix seeks to blend a night club/lounge vibe with a “families and couples”-friendly restaurant and sports bar, explained chef and restaurateur Antonio Park. (Park is one of the partners in the eatery alongside Drake, his security chief Nessel “Chubbs” Beezer, and Dutch businessman Sabah Nissan.) Unfortunately, early reviews suggest the clubstaurant is off to a rocky start.

According to Eater, a number of top local critics were unimpressed with Pick 6ix’s “loud, flamboyant and expensive” atmosphere. The general vibe was that if you weren’t a VVIP (yes, they have a VVIP section, velvet ropes and all), “you get the feeling that you don’t matter,” said Jason Chow of Globe and Mail. To highlight how ridiculously “clubby” the restaurant was, Chow recounted a telling anecdote: “While on a photo shoot for this column, the Globe and Mail’s photographer was offered free booze and connections to Hollywood in exchange for taking a diner’s new Tinder profile pic. Meanwhile, Drake quietly watched the Raptors game with a female companion and a burger in the VVIP room, surrounded by his security detail. Just a regular Tuesday night.”

Chow also took issue with the odd garnishes on many dishes, noting that chef Park “needlessly adorns every piece of sushi with a dollop of caviar, bits of gold leaf, or a marinated konbu.” The Toronto Star critic Amy Pataki agreed, saying the “Asian fusion food was overpriced and problematic.” She said even the bathroom, a “hidden”, unadorned washroom with plain amenities, was “a letdown.”

Of course, any real foodie cares more about what Yelp has to say than professional critics. Things aren’t any better on the user review site, however, as Pick 6ix currently holds a two-and-a-half star rating with 32 reviews. Yelpers called the staff “snobby,” “rude, disrespectful, and non-hospitable.” One reviewer even posted a video of her interaction with a disagreeable manager over a hair in their food. Even the good reviews weren’t great, with one noting ketchup cost $2 (?!) and another saying they “got the impression that the status quo [patrons] were encouraged to dine and leave.”

As Drake himself said on “Fireworks”, maybe being a restaurateur just “doesn’t come natural, bear with me, it could take a bit.” Or maybe the fate of the business is destined to go the way Pataki said it would: “Drake’s Pick 6IX started at the bottom and stays there”

At least there’s still Drake’s music, with a new single set to drop tonight. The track serves as the follow-up to the two-song Scary Hours EP, which featured “God’s Plan” and “Diplomatic Immunity”.