Alternate version of Jan Levinson love song “That One Night” from The Office surfaces online: Stream 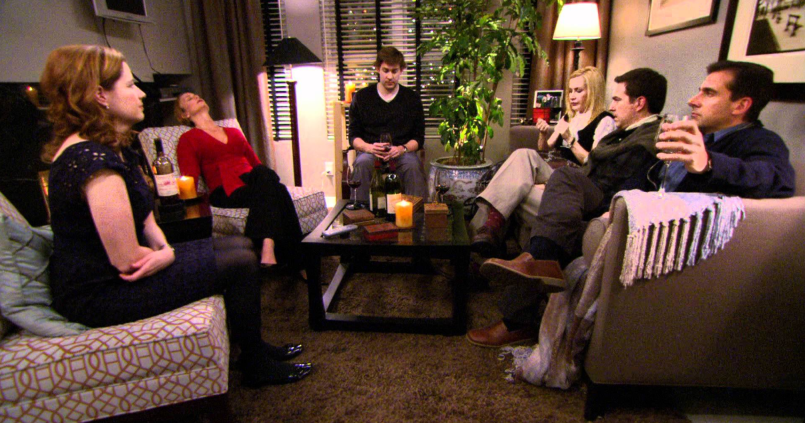 This week marks the 10th anniversary of “Dinner Party”, the acclaimed fourth season episode of The Office in which Michael Scott (Steve Carrell) and his then-girlfriend Jan Levinson (Melora Hardin) host their coworkers over for dinner. In celebration, Rolling Stone has put together an extensive Oral History feature on the episode full of interesting trivia and anecdotes. One particularly illuminating tidbit that’s come to light involves The New Pornographers’ own Todd Fancey.

One of the many highlights of the episode was a scene in which Levinson plays a song called “That One Night” for her party guests. As her story goes, the track was written and recorded for her by an ex-lover named Hunter (Nicholas D’Agosto), who also happened to be her former assistant. The ramshackle number recounts “that one night” in which she took his virginity (“You took me by the hand/ You made me a man”). It turns out that Fancey was actually the one behind the now-classic song.

(Read: Why We Still Laugh at The Office in the #MeToo Era)

“I got a call from my friend Allison Schneider, who was vice president of music creative services for NBC,” the singer-songwriter told Rolling Stone. “I was a huge fan of the show, and she said, ‘Do you want to give this a shot?’ I said, ‘Sure, I’ll do it,’ and the producers sent me the lyrics… My direction was, ‘Make it sound kind of amateur. He’s a struggling musician.’”

Fancey recorded two different versions of “That One Night” — one more “amateurish” and another “more polished.” NBC went with the former to match the Hunter character, but now, to coincide with the anniversary, the alternate take has been released.

And here’s that scene: