“Weird Al” gives polka remixes to Portugal. the Man’s “Feel it Still” and “Live in the Moment”: Stream 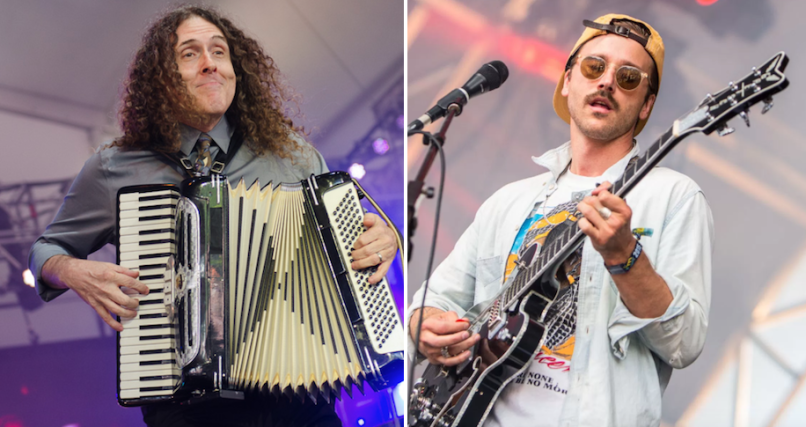 Let it be known that 2018 is the year “Weird Al” Yankovic finally proved to the world that he’s more than “just” a parody master. He’s currently out on the road highlighting his original material on the Ridiculously Self-Indulgent Ill-Advised Vanity Tour, and now he’s demonstrated his skills as a producer by remixing two Portugal. the Man tracks.

The Weird One took the Alaska indie outfit’s crossover smash “Feel It Still” and their latest single, “Live in the Moment” and turned them both into ridiculous polka jams. He didn’t mash them together and re-record them like he did with his recent “Hamilton Polka”, though. These are pure remixes, with Yankovic putting the pedal down on the grooving tracks by adding accordion and his own vocals. Amazingly, the songs are still pretty damn great, even if they operate on a completely different plane.

“Ya know how they say never meet your heroes?” PTM said via a since deleted Instagram post. “Well, if your hero is Weird Al you meet the shit out of them and somehow they are even more amazing than you could ever have imagined. YOU GUYS!!! YOU GUYS WONT BELIEVE THIS BUT FUCKING @alfredyankovic REMIXED TWO SONGS FOR US! TWO!!!!! GUYS!!! WE ARE BEST FRIENDS WITH WEIRD AL AND HE IS AWESOME!”

Take a listen to both remixes below.