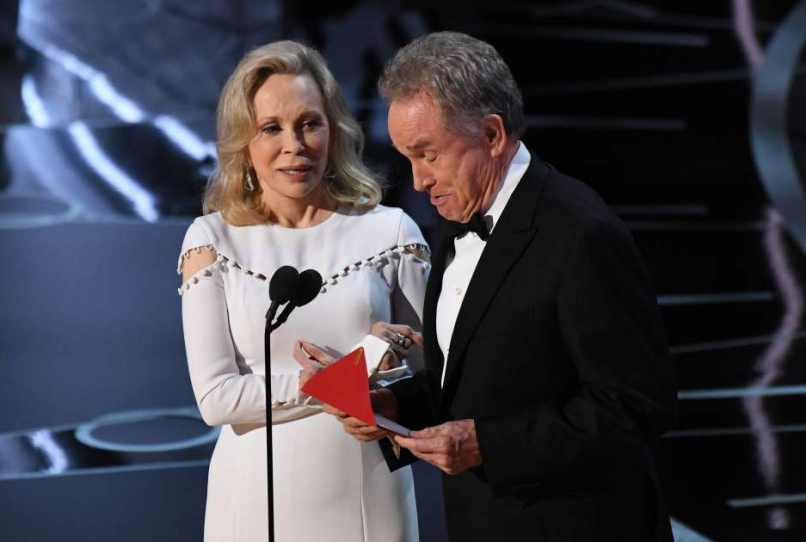 Faye Dunaway and Warren Beatty at the 2017 Oscars

After being at the center of the most epic mix up in award show history at last year’s Academy Awards, Faye Dunaway and Warren Beatty probably went home and sat in their rooms and thought, “When and how will I ever get away from this?” And now they know. The Bonnie and Clyde icons will return to the Oscars on Sunday to once again take a crack at presenting the statue for Best Picture.

The acting pair were marking the 50th anniversary of their classic crime movie at last year’s ceremony when they mistakenly awarded the Best Picture Oscar to the wrong film. They’d accidentally been given the Best Actress envelope and in a bit of careless panic, called out La La Land when really Moonlight had won. The ensuing chaos was one of the most memorable and uncomfortable moments imaginable — but it wasn’t really Beatty or Dunaway’s fault. Now they’ll have their chance at redemption on Sunday, March 4th when they once again present at the 90th Academy Awards ceremony (via The Hollywood Reporter).

Jimmy Kimmel will also return to host the show. PricewaterhouseCoopers’ Brian Cullinan and Martha Ruizl, who were responsible for the envelopes as last year’s balloting leaders, won’t be back — ever. The accounting firm is still in charge of the ballots, however, as they have been since 1934.