Varsity share the Origins and video for their new single, “Krissy”: Watch 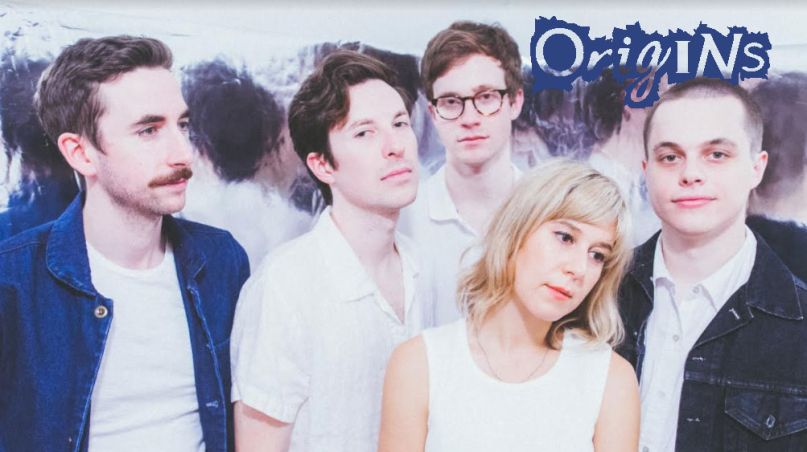 Our recurring new music feature Origins gives an artist the chance to reveal the inspirations behind their latest song.

Everyone hits a point in their life when they start closing themselves off from the rest of the world. Whether it’s something as negative as depression or as positive as concentrated ambition, sometimes we build walls around ourselves that prevent new experiences from reaching us. If we’re lucky, though, the universe puts someone in front of us who refuses to get out of the way. Against whatever our desires may be, that person will force you to accept a friendship that will remind you of the beauty you’d ignored in dissociated state.

For Stephanie Smith of the Chicago garage-pop outfit Varsity, that friend was named Krissy. The pair have stayed close despite rarely living in the same vicinity as each other, and as a means of thanking her for her years of care, Smith named her band’s latest single “Krissy”. The track may seem like a jangly, melancholy dream, but any sadness just stems from a fondness strengthened by absence. “Krissy don’t believe it/ You can never be your own best friend,” Smith sings. “Left me for a while/ So I settle on the back of your head.”

“Krissy” comes via its Hugh Donkin-directed video, which finds Smith struggling with how to express to her friend exactly has she feels. Check it out below.

For this edition of Origins, Smith explains exactly how her relationship with Krissy got put into a song, and what drove Varsity to choose Donkin as the video’s director.

The song Krissy was inspired by my friend Krissy. She essentially forced me to be her friend at a time when I wasn’t very open to new people. By now we’ve lived in different cities for far longer than we ever lived in the same one. She’s the rare kind of person who actually calls you when they say they’re going to and sends birthday presents in the mail and remembers to follow up about important life events. I love those things about her because they’re the exact skills I feel like I lack. Cue my 4,501 unread emails and 15 unlistened to voicemails.

“I wanna go back to the time we cried the whole drive home from the canyon”:

There are genuine feelings and references to things that actually happened in this song, but overall “Krissy” paints a much more melancholy view on our friendship than it really is. I really didn’t expect to happen when I set out writing it! That’s the trouble of trying to spell out what a song is about (and probably why it’s not a great idea to use someone’s real name when you’re creating a fictitious music playground). People and places serve as catalysts, but after that it’s impossible to know what will happen. I also enjoy playing with that that line between the real and the imagined. Luckily, the real Krissy is a true friend and a creative soul so she was able to understand this too.

The idea for the music video started with choosing the director, Hugh Donkin. He’s a friend of ours through via Bloomington, Indiana connections, although he’s based in Portland now. We admired his straightforward, cinematic style in the videos he did for Whitney and Kevin Krauter and knew that would work well for this song.

Finding a space was pretty much the biggest obstacle, but things sort of fell into place once we saw Salvage One. I was nervous for it to be just me in front of the camera and honestly I’m still not super comfortable with it. But the shoot itself was really relaxed. It was just me, Hugh, and Pat wandering around a big warehouse full of antiques. We just wanted to show the process of creating a song condensed into one day, from writing to recording to performing. In the course of doing this I fell through a chair and had to down some whiskey before dancing with myself. The best part was turning on the disco ball for the very last shots of the day, instant mood uplifter.