Plus, the Swedish songwriter will tour across North America and Europe later this year 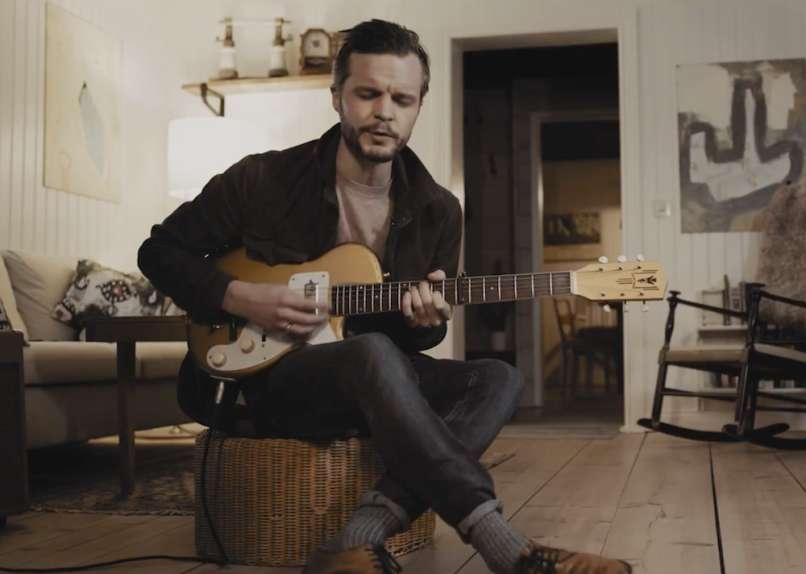 The Tallest Man on Earth

It’s been nearly three years since singer-songwriter Kristian Matsson, aka The Tallest Man on Earth, released his album Dark Bird is Home. Although there’s no word yet on a proper follow-up, Matsson has announced the launching of a multimedia project called When the Bird Sees the Solid Ground.

The five-part series will include both audio and visual components, including five new songs which will also be released individually. The entire project will be rolled out over the course of the rest of 2018.

As a preview, the Swedish artist has shared the first installment today. The visual features scenes of wintry wonder as well as Matsson performing a calming new track called “An Ocean”. It’s also prefaced by a brief explanation of the series and why, as most fans have noticed, the songwriter loves birds.

According to Mattson, for as long as he can remember he’s dreamed about learning “how to fly, lift off and levitate a little.” But it’s not so much about flapping wings around frantically, but “being so much in the present moment you can just do anything,” he says. “Because self-doubt feeds on the past and the future, so you can just do it… but if you doubt yourself, you go straight back onto the ground, which reminds me of love.”

Along with the new project, Matsson has lined up a fall tour that features stints across both North America and Europe.