The Decemberists unveil new album, I’ll Be Your Girl: Stream 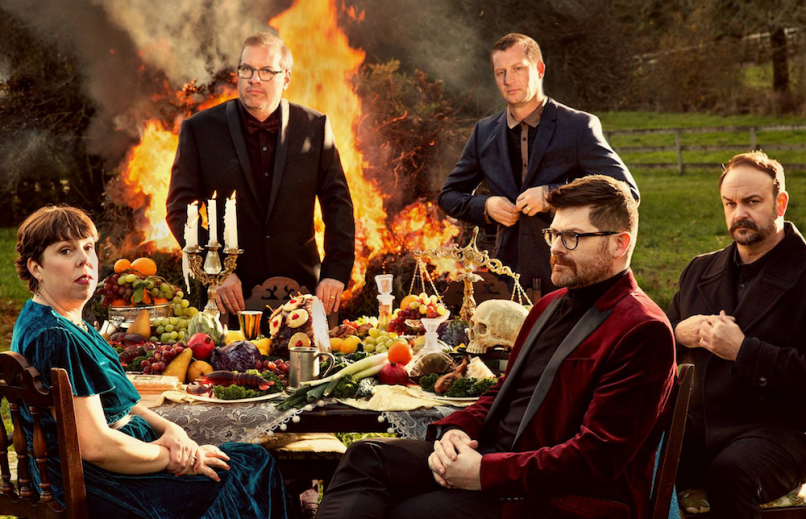 Today, The Decemberists release their new album, I’ll Be Your Girl. Subscribers of Apple Music and Spotify can stream it in full below.

The 11-track collection sees the Portland indie rockers tapping into a new sound. For their eighth full-length to date, they teamed up with producer extraordinaire John Congleton (St. Vincent, David Byrne) for the first time and looked to the discographies of Roxy Music and New Order for added inspiration.

“When you’ve been a band for 17 years, inevitably there are habits you fall into,” says lead singer Colin Meloy. “So our ambition this time was really just to get out of our comfort zone. That’s what prompted working with a different producer and using a different studio. We wanted to free ourselves from old patterns and give ourselves permission to try something different.”

Describing I’ll Be Your Girl in one phrase, Meloy called it “exuberant nihilism,” a reflection of our present day circumstances. He continued, “…an apocalyptic dance party was what we envisioned.”

The new record follows 2015’s What a Terrible World, What a Beautiful World. It also comes after their Florasongs EP from the same year, a 10th anniversary edition of the classic Crane Wife, and “Ben Franklin’s Song”, an unused Hamilton song penned by Lin-Manuel Miranda.

In support, The Decemberists will embark on a US tour beginning later this month, which includes a stop at the band’s own Traveler’s Rest festival. Grab tickets here.

I’ll Be Your Girl Artwork: