The Breeders return to Conan after 25 years, perform “Wait in the Car”: Watch

Only this time around, no one gave the host a hickey 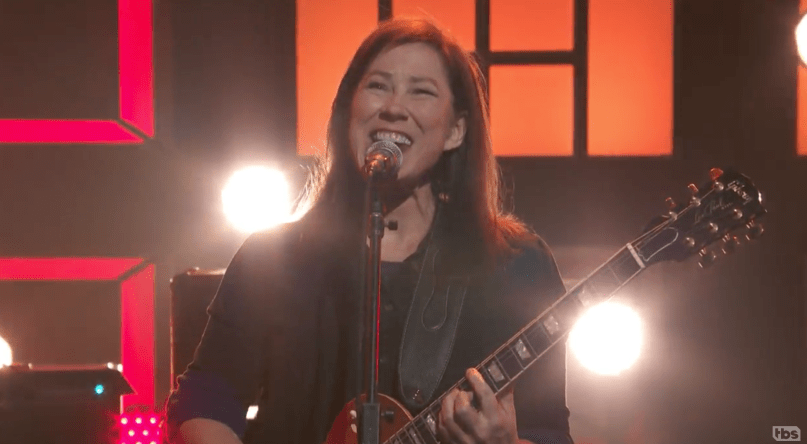 The Breeders perform on Conan

25 years ago, The Breeders became one of Conan O’Brien’s earliest musical guests during his first year on Late Night. After performing “Divine Hammer” from their then-new, now-classic Last Splash, the band sat down with the host to discuss drunkenly giving each other hickies — with bassist Josephine Wiggs initiating O’Brien into the group with a love mark of his own. Now that the lineup that took the Late Night in 1993 has reunited, they made their triumphant return to Conan on Wednesday evening.

(The Deal siblings played Late Night with the Lopez-Medeles-Presley incarnation of The Breeders in 2002, but for the sake of history let’s just focus on the classic lineup.)

Though there was no necking this time around, the alternative outfit did support their reunion record, All Nerve. They performed the single “Wait in the Car”, with Kim Deal’s opening call of “Good morning!” waking up the audience from the get go. O’Brien himself seemed thrilled to have the band back, greeting them warmly after the performance. Watch the replay below.

And for the sake of nostalgia, here’s The Breeders’ 1993 appearance on Late Night: