The Big Lebowski Perfected the Art of the Stoner Noir 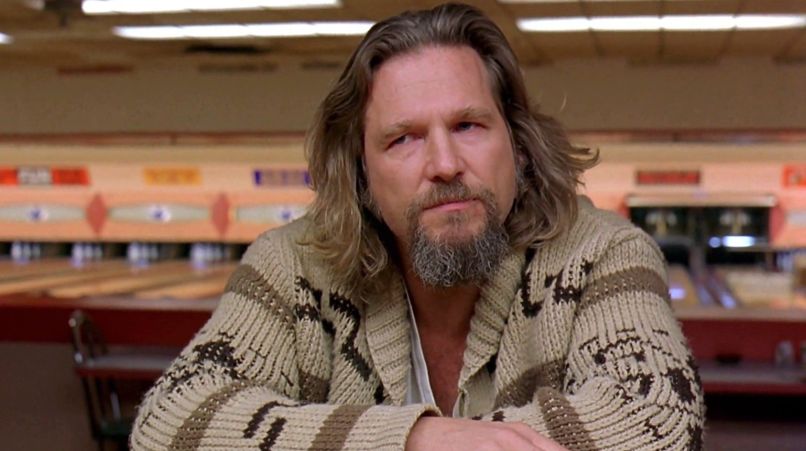 Earlier this week, The Big Lebowski turned 20, just shy of the point at which the film itself will be able to enjoy one of the Dude’s signature White Russians, if indeed a piece of art could do so. But, to belabor this metaphor just a bit more, what American movie of recent vintage would you want to share a drink with more than The Big Lebowski? For a film released by a directorial duo not typically known for its optimism, the Coens’ beloved cult masterwork has long outlived the befuddled post-Fargo reviews it drew at the time of its release. It’s inspired countless books and essays about “Dudeism,” its own film festival, and a whole ethos unto itself. Sure, a lot of that ethos’ practitioners might just be dudes who enjoy marijuana and bowling in equal excess, but hey. Say what you want about the tenets of Lebowski worship, but at least it’s an ethos.

Much of what’s become so inspiring about the film stems from the laconic perfection of Jeff Bridges‘ mistaken, misunderstood protagonist, who becomes an unwitting foil to the best-laid plans of powerful figures by doing no more than peaceably existing in Los Angeles circa 1991. He just wants to smoke his pot, enjoy his modest apartment, and amble through life, but those pesky goals and aspirations and delusions of grandeur held by others conspire to destroy the gentle ecosystem of the Dude’s world. Where once the abrasive Walter (John Goodman) and the permanently embattled Donny (Steve Buscemi) were the Dude’s chief problems, save for the occasional lack of funds or pedophilic bowling rival, he soon finds himself at the center of a Byzantine plot involving mistresses, millionaires, nihilists, murderers, and the Big Lebowski himself. Even his apartment isn’t safe from the film’s machinations. They pissed on his rug, for Christ’s sake.

The Big Lebowski exists well within the tradition of stoner noir, a modest subgenre with a pretty astounding ratio of quality. There’s quite a bit of DNA from Robert Altman’s 1973 gem The Long Goodbye spliced into the Coens’ screenplay, but where that film followed Elliot Gould’s interpretation of Phillip Marlowe as he attempted to solve a complex murder, Lebowski acts as the study of a man who’s grown comfortable with stasis attempting to return to that state of being when he’s forcibly dragged out of it. As protagonists go, the Dude is an especially passive observer; he’s roused to action only when action is performed upon him, and most of his subsequent actions are rooted in the overwhelming desire to return to inaction. Appropriately, when the film is done unspooling, that’s exactly what he does. As Sam Elliott‘s wizened narrator looks on, the Dude returns to bowling, his simple purpose restored.

It’s well within the noir tradition to fatalistically return to the exact place in which the plot started, but The Big Lebowski inverts that fatalism by imagining a happy ending for the Dude, even as it’s one born out of blood, sex, abduction, threats, and the untimely demise of Theodore Donald Kerabatsos. (And hey, even Donny gets a proper burial at sea. Or at least the start of one.) Up until then, however, the film tightens the noose around the Dude as well as any noir ever has around its hero, collapsing into a fugue of doubt, suspicion, paranoia, and severed digits. If Fargo and some of their earliest work announced the Coens as young masters of the contemplative thriller, seriocomic geniuses with a seriously grim streak at the core, Lebowski hurled several grenades into their public perception. These weren’t just cinematic craftsmen willing to play with genre; these were geniuses capable of working in any medium they decided to plunder. The subsequent years would only further prove this point, but in early 1998, the gobsmacking that The Big Lebowski delivered became a calling card for the Coens. It was noir, but noir turned hallucinatory, and funny at that.

The Big Lebowski simply wouldn’t be what it is, however, without Bridges’ turn as one of the all-time great movie stoners. Where so many movies containing pot as a major narrative hinge attempt to capture the sensations of being stoned through wacky antics and editing manipulations (see: every Cheech & Chong movie, which are really only valuable as cultural touchstones if we’re being honest with ourselves), Lebowski actually feels as though it’s drifting on at the pace of a hazy, joint-fueled L.A. day. (Later in American film history, Paul Thomas Anderson would take a similar, if sadder, approach to his masterful adaptation of Inherent Vice.) But in the same way that the Dude’s rug really ties the room together, Bridges is the affable hinge on which the madness of Lebowski swings. The Coens’ L.A. is a cruel place, full of liars and cops and thieves, but it’s also the kind of place where a good man can live a good life if he tries hard enough. Or doesn’t try, as it were. All the while, Bridges exists in a state of polite bewilderment, trying to be the best Dude he can be whether he’s bearing witness to a bizarre art project or staring down the barrel of a gun. It’s a deliberately muted performance that slowly reveals itself as a brilliant work of non-statement.

It helps that the Dude exists in a world ruled by benevolent, if caustic, gods. The Big Lebowski is often mistaken for one of the Coens’ looser works, but in the density of its storytelling and its meticulous shabbiness alike, it’s a puzzle box of considerable care and craft. The flights of fancy (primarily the one set to The First Edition’s “Just Dropped In”, and c’mon, you know the one) are rooted in anxiety and fear, the jokes are laced with perversion and danger, and the dramatic beats are just about as funny as they can be. This would be far from the last time that the Coens dabbled in this territory; even No Country for Old Men has a laugh or two, and A Serious Man might be the funniest film ever made about a relatively innocent college professor being tortured by an unyielding Old Testament God. But it was with Lebowski that the beginning of the Coens as “the Coens” arguably began; this was where the brothers took the brutish realism of Fargo‘s darkest moments and wholly fused it with their own inimitable comic stylings. If many of those later films leaned more prominently into the darkness, than the light, however, Lebowski grants mercy to the Dude. That he simply gets to ramble on may be their most benevolent cinematic gift of all.

The Big Lebowski will live on until time immemorial as a dorm room classic, but it’s also one of the few films in that particular subcategory that deserves more than its reputation suggests. There may not be a lot left to say about the film,  but that we’ve taken this much time to say more should reveal everything you need to know about the film’s enduring power. There’s hope in the Dude’s world, in a way both the Coens and so many other filmmakers have obscured in these increasingly fraught times. He may live in a violent, fearful ecosystem, but like the Coens, he’s the benevolent stoner Jesus smiling down on us all, and we should all be so lucky. It’s like Elliott says as Lebowski ushers the Dude back to his appointed rounds: “The Dude abides. I don’t know about you but I take comfort in that. It’s good knowin’ he’s out there. The Dude. Takin’ ‘er easy for all us sinners.”