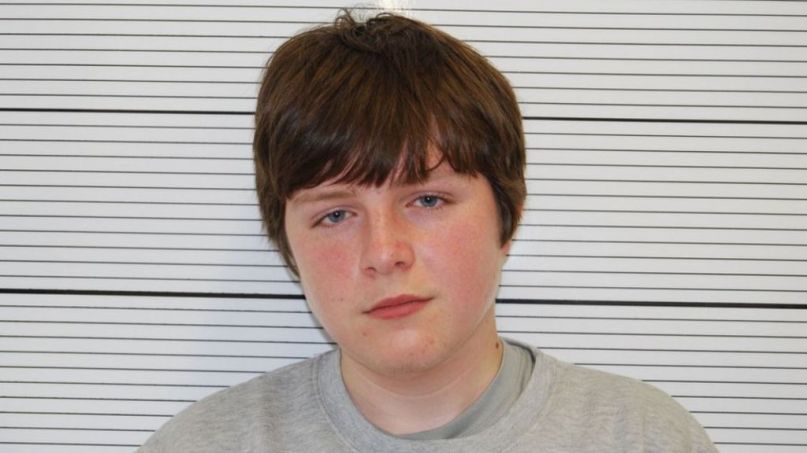 Last year, just a month after the Manchester Arena terror attack, 17-year old Lloyd Gunton was apprehended by authorities for planning an Islamic State-inspired terrorist attack on a Justin Bieber concert in Cardiff, Wales. Today, the Guardian reports that Gunton has been sentenced to life in prison and told that he won’t be eligible for parole for 11 years.

In Gunton’s possession when he was apprehended was a claw hammer, a gutting knife, and a “martyrdom letter” declaring Gunton “a soldier of the Islamic State.” It continued, “I have attacked Cardiff today because your government keep on bombing targets in Syria and Iraq. There will be more attacks in the future.” Gunton was also in possession of a note with directions to “run down the non-believers with a car” and “strike the infidels who oppose Allah in the neck.”

Gunton’s defense argued that the boy, who suffers from an autism spectrum disorder, had no intention of carrying out an attack, and that “he was drawn into it, curiosity getting the better of him.”

Gunton himself said he “wanted to see how easy it was for people who had an interest in terrorism to go online and get information, because the police and the government are trying to crack down on terrorism and radicalization. I wanted to see if it was possible, not for me, but from someone else’s point of view.”

When factoring in numerous pieces of evidence, including the boy’s online activity at the time, Judge Mark Wall QC didn’t buy it. “I am sure that you planned not just the killing of one person but rather mass murder,” he said. “In my judgment I must pass an indeterminate sentence. Your actions show a total disregard for human life. I cannot foresee a time when I can be confident that your danger will have ended or decreased sufficiently to enable me to pass a determinate or extended sentence.”