We discuss the series finale of Star Wars Rebels, Jon Favreau's helming of the new streaming series, and ask will you quench your fan thirst with a Solo cup? 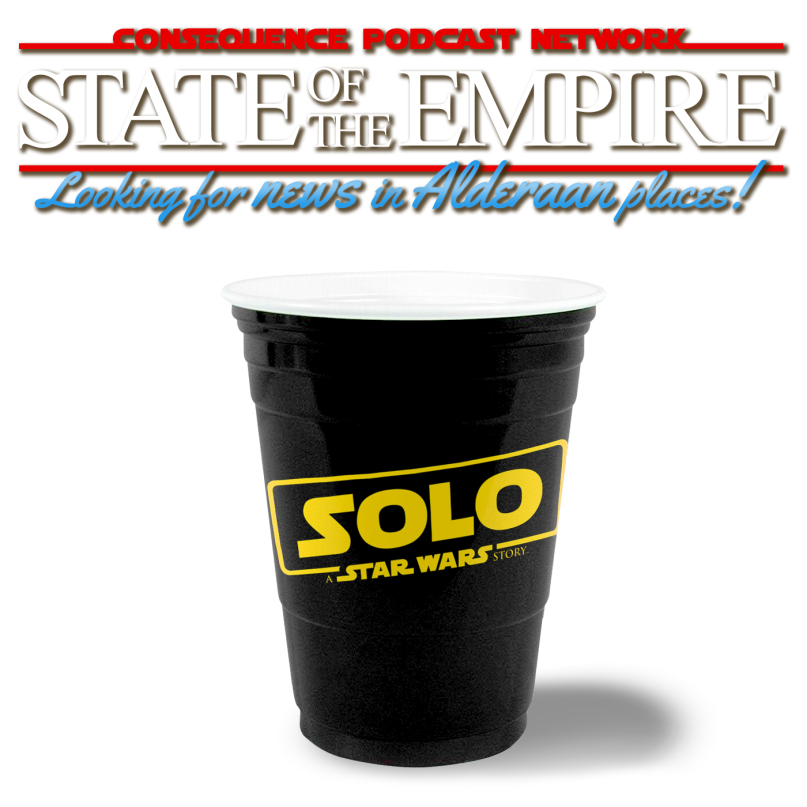 When it comes to Solo: A Star Wars Story intel, we’re still scraping the bottom of the bantha bin. That’s why, in typical State of the Empire fashion, we’re putting our snouts where they don’t belong and rounding up some unusual suspects: advertising partners. Will you quench your 5-0-Thirst in a Solo cup? Can Norton Antivirus commercials clue us into a slicing subplot?

In considerably more important news, we discuss the surprising announcement that Jon Favreau is helming a new, live action Star Wars streaming series, and behind the spoiler-proof Blast Doors explore the universe-expanding details worth knowing from The Last Jedi: Expanded Edition and the massive waves made in the series finale of Star Wars Rebels.

What’s the difference between The Living Force, The Unifying Force, and The Cosmic Force? What detail from The Force Awakens did The Last Jedi‘s adaptation retcon? What will Ezra bridge next? You’ll have to go beyond the Blast Doors to find out. And be sure to tell us who your favorite Imperial is this #ImperialMarch!

Support State of the Empire!
— Rate & review us on iTunes

— Rate & review us on Podchaser | How to use Podchaser