Speedy Ortiz share new single “Lean In When I Suffer” and video: Watch 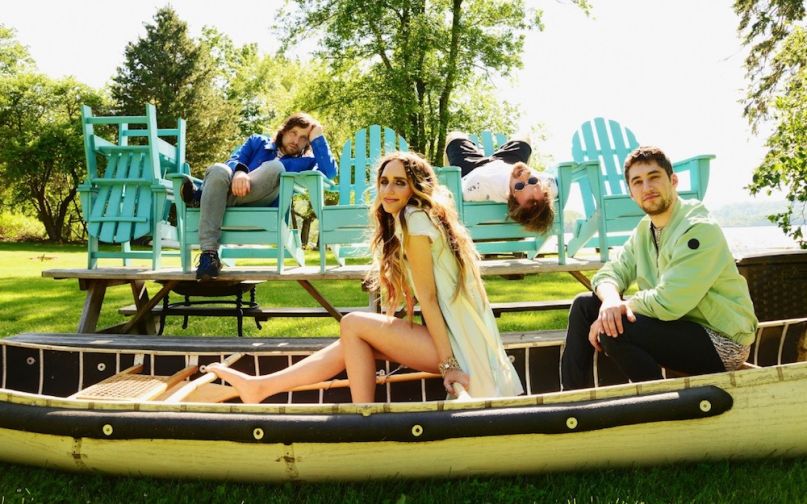 Last month, Speedy Ortiz announced their upcoming album, Twerp Verse, out April 27th through Carpark. Following the premiere of lead single, “Lucky 88”, the band has unveiled a second preview with “Lean In When I Suffer”.

Speedy Ortiz vocalist/guitarist Sadie Dupuis stated that the new song describes the “fun breed of ‘ally'” who doesn’t “want to put in any actual work or divest themselves of power” when their friends try to “talk them through their problematic tendencies.” As a result, “you’re stuck in a toxic vampiric loop trying to maintain a relationship — Lean In AND Suffer, why don’t you!”

The Ari Ratner-direct video takes the theme a step further by visualizing when “people give unsolicited advice about how to beat depression” while failing to “acknowledge depression as a real illness and often minimize the experiences of the person they are trying to help.” In the clip, the band is put through “happiness bootcamp” by clowns who’ve “never been sad.”