Ranking: Every Wes Anderson Movie from Worst to Best

Where does Isle of Dogs fit into the director's collection of quirky worlds? 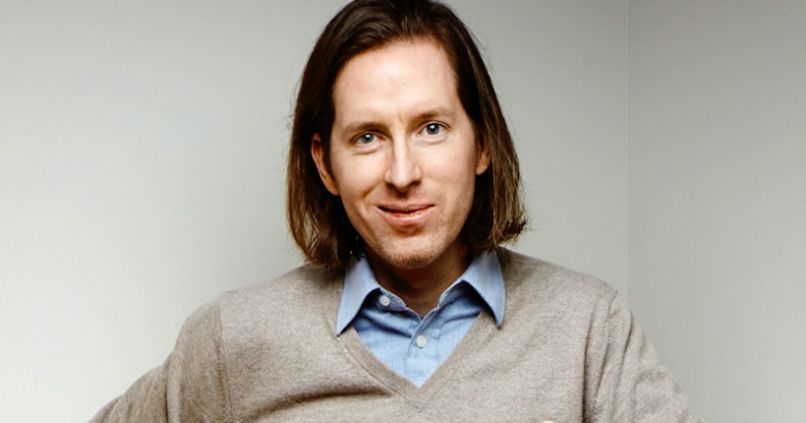 Welcome to Dissected, where we disassemble a band’s catalog, a director’s filmography, or some other critical pop-culture collection in the abstract. It’s exact science by way of a few beers. The time, we enter the quirky, warmhearted world of Wes Anderson.

“I wouldn’t say that I’m particularly bothered or obsessed with detail.” – Wes Anderson

The rococo eccentricity and color palette of Grand Budapest Hotel say otherwise. As does the closet full of lovingly photographed and artfully uneven board games in The Royal Tenenbaums. Or the use of a Satyajit Ray score, dusted off and delicately placed in The Darjeeling Limited (in addition to the Louis Vuitton luggage custom made by Marc Jacobs). And what about the left-set placement of the kitten next to a record player in Moonrise Kindgom; the stage curtains and custom paintings in Rushmore; or the custom, bisected ship in Life Aquatic?!?

Sorry, this haranguing is getting in the way of the point: Wes Anderson may say he’s not obsessed with detail, but his gifts, his knack for those details, they just come naturally for the now-star director. They craft the worlds in which Anderson’s terrific films emerge. They make playgrounds for his flawed characters, his mighty scores and soundtracks, his serio-comic pastiches, and above all, his flawlessly designed images and artistry. He is Lubitsch, he is Kurosawa, he is Martin Scorsese – he’s the best and quirkiest student to emerge from UT Austin’s film school with a well-curated library of inspiration behind his films, and we’re still obsessing over his work each day. Funny, touching, and obsessive-compulsively easy on the eyes, these are the films of Wes Anderson.

And just because our ranking doesn’t match yours, it doesn’t mean you can’t start one up yourself. Do it Max Fischer style. Just be sure to print it out in Futura.

How Is Bill Murray Involved?: He’s Clive Badger, Mr. Fox’s loyal attorney and best friend, husband to a fantastic pediatrician, and owner of a fairly spacious flint mine.

Plot: Adapted from the Roald Dahl classic, Fantastic Mr. Fox pits its cunning title character (Clooney) against the firepower of three human foils: the elephantine Boggis, diminutive Bunce, and glowering Bean. After Foxy’s desire for more specious real estate puts him in proximity of these three farmers’ hauls, his old lust for thieving reemerges (much to the disappointment of his wife, Streep’s Felicity ). Soon, his increasingly dangerous rivalry puts all of his fellow animals in the crosshairs (and distracts him from helping his son, Schwartzman’s Ash, through a serious case of cousin rivalry). Once said cousin finds himself in the farmers’ clutches, it’s up to Mr. Fox and his allies to save the boy, end the siege, and rediscover the familial joys only found by going straight.

It Is Beautiful, Steve (Soundtrack): Fantastic Mr. Fox marks the beginning of the Alexandre Desplat era of Anderson’s films. What a delightful start; filled with equal parts cartoon energy and oversaturated autumn color, themes like “Mr. Fox in the Fields” and “High-Speed French Train” capture the whimsy and awe of childhood longing with each plucked string. Elsewhere, Burl Ives is the master of ceremonies, with three contributions from his seminal 1959 record Burl Ives Sings Little White Duck and Other Children’s Favorites lending the film the quality of a dog-eared storybook.

How Much Kinks?: The Kinks took a powder for this one, as did most of the British Invasion (though, as always, you’ll find at least one Rolling Stones song; in this case, the well-used “Street Fighting Man”, which I’m sure Mick Jagger always intended to one day soundtrack a stop-motion brawl between three bulldozers and a family of foxes).

A Word on Fonts: Watch out, nerds. We’ve got a subtle-but-important change here. While Anderson continued his use of Futura on the film’s marketing materials, the actual font used within the film was (ready your fainting couches) Helvetica Bold! Score one for Max Miedinger and Eduard Hoffmann.

Best Doomed Love Affair: I’m all for Agnes and Kristofferson going steady (sorry, Ash), but between their youth and the eventual recovery of Kristofferson’s dad, their relationship does seem destined to wind up little more than a semester-long dalliance.

Most Problematic Fave: Other than perpetuating the stereotype of wolves as unknowable (and possibly French) badasses, there’s really not much to complain about.

Most Gratuitous Set Fetishism: Glowing with the golden warmth that only thousands of gallons of high-proof cider can provide, Farmer Bean’s cider cellar manages to feel inviting and ominous all at once. It’s even better when you realize that none of that glow comes from CGI effects.

Best Prop: While there are touches in the Foxes’ home that would be the envy of any dollhouse (particularly Ash’s train set and Felicity’s tiny moka pot), I want nothing more in the world than to own a full-sized replica of a whackbat.

Bob Gets the Spirit Award (Best Secondary Character): Kylie without hesitation. I mean, come on. They don’t give a cussing Titanium Card to just anybody, you know.

Verdict: When you’re adapting a work by an author as beloved as Dahl, there’s equal temptation to hew faithfully to the (rightly loved) source material and to create something that justifies its own existence. Anderson gets it right, sticking to Dahl’s narrative beats while deepening the story and its characters with liberally applied contemporary updates that feel hip and timeless all at once. He also revealed himself as one of the foremost stop-motion animators of the 21st century, a talent that helped earn the film a Best Animated Feature nomination at the 82nd Academy Awards (where it lost to Up). Filled with welcoming warmth, a miniaturist eye for detail, and a reverence for old-fashioned fashions of filmmaking not quite yet dead and gone, Fantastic Mr. Fox may yet inspire the next generation of directors to follow in Anderson’s eccentric, exacting footsteps. If this is the least of the films on this list, you know that this is going to be a very, very good list.