Two explosions occurred in Austin on Monday, which investigators believe are linked to another bombing that occurred earlier this month. 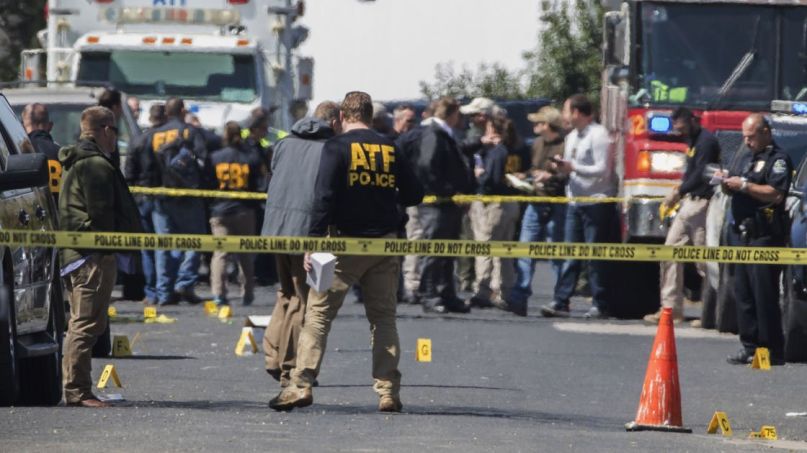 Photo by Richard B. Brazziell for The Associated Press

As thousands of people descend on Austin, Texas for South by Southwest, police in the city are investigating a series of package bombs that have killed two people and injured two others, according to Reuters.

Two explosions occurred in Austin on Monday, which investigators believe are linked to a similar bombing that occurred earlier this month. The first attack occurred early Monday morning, killing a 17-year-old boy and wounding a 40-year-old women. Hours later, a second explosion severely injured a 75-year-old woman. In both cases, package bombs were left on the victims’ doorsteps and were not delivered by a mail service.

A similar blast occurred on March 2nd and killed a 39-year-old man. Given the type of explosion, police believe all three incidents were carried out by the same person. There is also some belief that the attacks were racially motivated, as all of the victims were either black or hispanic.

None of the bombings took place in close proximity to South by Southwest’s festivities and police say there is no reason for festival-goers to be alarmed. They are, however, asking the public to be vigilant.

“It’s not time to panic, but it’s time to be vigilant and t’s time to pay attention,” said Austin Police Chief Brian Manley during a press conference on Monday. “It’s time to pull together as a city and as a community and solve this. We need the community’s participation: If you see a suspicious package on your porch or somebody else’s, let us know.”

Reached for comment, a representative for South by Southwest said, “Safety is and always has been a top priority for SXSW. We continue to work with law enforcement and our venues to address the safety of SXSW attendees. At this time the Austin Police Department does not believe that the incidents are connected to the event. The substantial security operation already in place for SXSW has been instructed to be extra vigilant.”