Plus, Lewis is gearing up to release her own new album and has already mapped out some preliminary tour dates 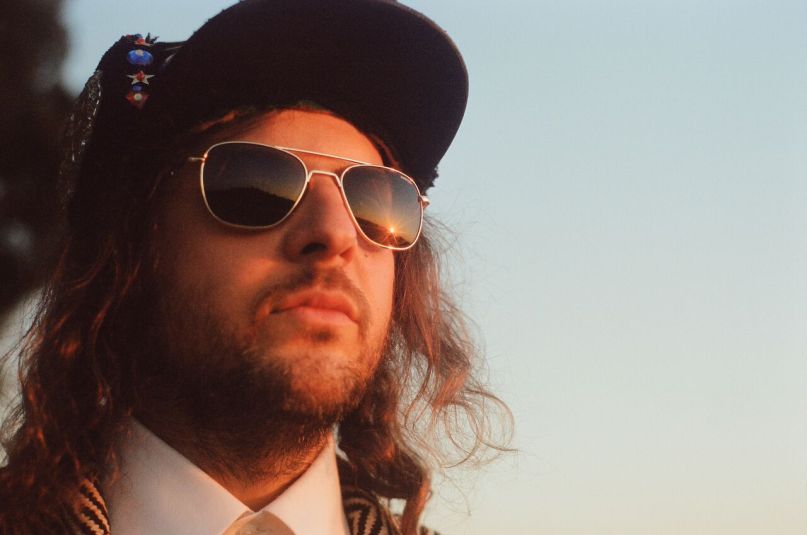 King Tuff’s forthcoming album The Other is little less than a month away, but the one-time garage rocker’s wild, starry-eyed new sound has been the cornerstone of the record’s pre-release singles, from the thoughtful title track to the rambunctious “Psycho Star” to the funk-laden “Raindrop Blue”. New track “Thru the Cracks” gazes upward into the ephemeral, the song serving as a tribute of sorts to an old friend King Tuff’s Kyle Thomas lost to suicide.

Jenny Lewis lends her honeyed contralto to the track, as does Springtime Carnivore’s Greta Morgan, while Ty Segall drummer Charles Moothart offers the rhythm some shambling rhythm. Listen to it below.

“About two years ago I lost a good friend to suicide,” Thomas says in a press statement. “He loved the Beatles, Nirvana, Burroughs, bumming smokes, stealing his parents records and selling em to me… he was a complex character, a sweetheart with poor social skills, a musical genius with no outlet. He was pretty damn misunderstood in this world and struggled for a long, long time.

“I had this song laying around for 7 years or so, but sadly it wasn’t until he was gone that it came into focus and I realized what it was all about. It’s one of my favorites I’ve ever written, and one of the truest. And it all comes back again to this thing, the Other. Maybe death is just a passageway to something else. Maybe in death we finally, once and for all, join the Other. I dunno, but I think Jeremiah is probably hanging out on the metaphysical stoop right now with none other than the Other itself.

“Wherever you are bud, I’m singing to you.”

The Other is due out April 13th via Sub Pop. Pre-orders are ongoing here.

Lewis, meanwhile, has some news of her own to announce. In a press statement teasing new music with a photo of Lewis in studio, the former Rilo Kiley singer has shared some new live dates for this year, including a Toronto show this August with The National, Father John Misty, and Julien Baker. See them in full below, as well as the aforementioned photo.