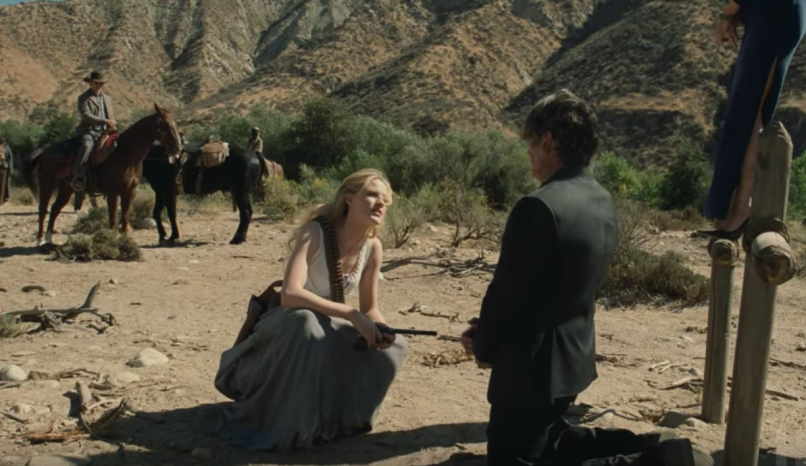 In a little less than a month — April 22nd, to be exact — the second season of Westworld premieres on HBO. In anticipation, a new trailer has been released. It’s soundtracked by a cover of Nirvana’s “Heart-Shaped box” by series composer Ramin Djawadi.

Season one of HBO’s series essentially functioned like a prologue, and suffered because of it. But now that the central conflict is primed and ready, with the park’s sentient creations rebelling against its creators, the trailer promises plenty of blood and what looks to be a great deal of brooding. Evan Rachel Wood’s Dolores is breaking free from her damsel in distress narrative, Thandie Newton’s Maeve will do anything to reclaim a bygone past, and Jeffrey Wright, well, that dude’s got some shit to sort out. Surprisingly, it looks like Jimi Simpson will be returning as sap-turned-sour William, as will Ed Harris’ Man In Black, who here proclaims he’s going to “burn this whole thing to the ground.”

Newcomers to the cast include Katja Herbers, Jonathan Tucker, and Neil Jackson, and joining them will be Shogun World, a corner of the park we catch our first glimpse of in the trailer. Watch it below.