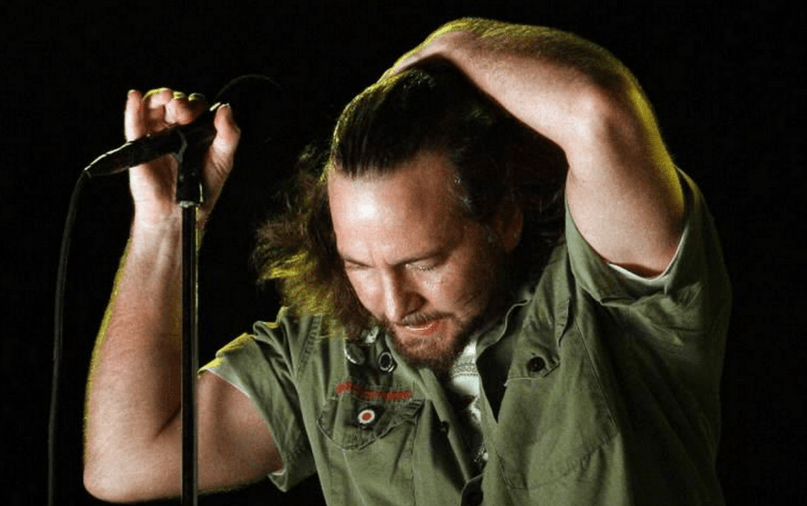 Eddie Vedder performed an intimate, 27-song set in Sao Paulo, Brazil last night in which he covered a variety of artists. It was his take on Nine Inch Nails’ iconic “Hurt”, however, that emerged as the night’s crown jewel. This isn’t the first time the Pearl Jam frontman has covered the angry, aching slow burn, but it’s a fitting song in these trying times. See fan-shot footage of Vedder’s performance below.

These are exciting times for Vedder fans, as Pearl Jam just shared a brand new single along with the announcement of their first new album since 2013’s Lightning Bolt. In June, they’ll begin a summer tour of Europe and North America.

Here’s a past live recording of Vedder covering “Hurt”: