David Bowie statue to be unveiled in UK town of Aylesbury 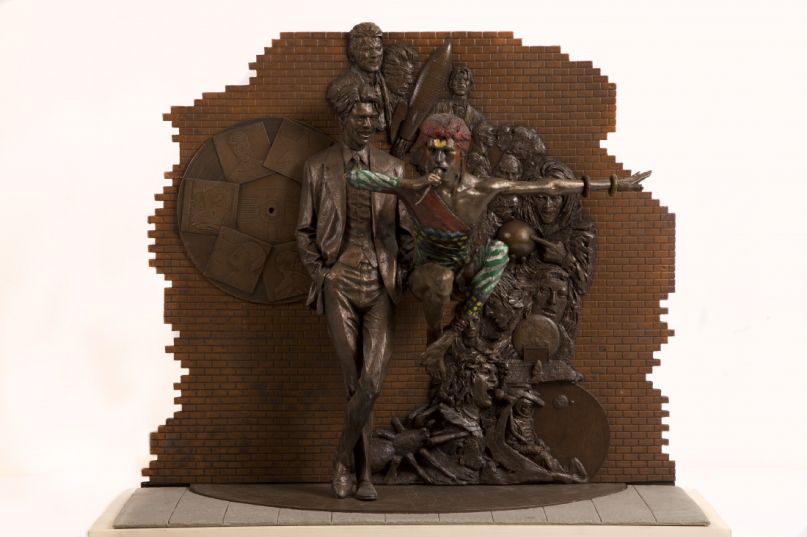 A statute honoring David Bowie is set to be unveiled later this month in Aylesbury, a town in Buckinghamshire, England.

Designed by by sculptor Andrew Sinclair, the bronze statue is named Earthly Messenger and features depictions of Bowie’s various personas. Speakers mounted above the statue will play one of 2,000 Bowie tracks every hour.

It will be situated under the arches in Aylesbury’s Market Square, which was referenced by Bowie in the song “Five Years”. It will also be in close proximity to the Friar’s music venue, where Bowie first debuted his Ziggy Stardust persona in July 1972.

The statue was funded by a £100,000 crowdfunding campaign launched by a fan named David Stopps, along with grants. To coincide with the statue’s unveiling on March 25th, Stopps is petitioning the town of Aylesbury to rename itself “Aylesbowie.” A spokesman for Buckinghamshire County Council told the BBC that the proposed name change was “an interesting idea and perhaps on March 25th we could all think ‘Aylesbowie’ – just for one day!”

This is the statue of David Bowie that will soon stand in Aylesbury pic.twitter.com/fP5x9lP5Pa