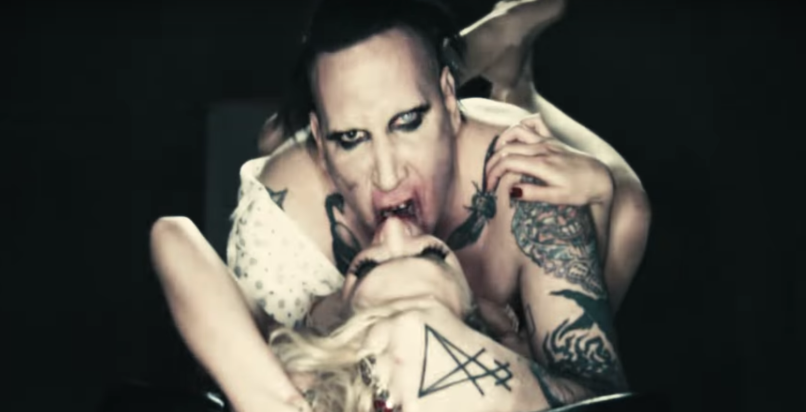 Last year, Marilyn Manson recruited Johnny Depp for a pair of music videos off his last album, Heaven Upside Down. For his latest clip for “Tattooed In Reverse”, Manson has now called upon another friend and fellow ’90s rocker, Courtney Love.

The former Hole leader can be seen playing Manson’s nurse, wheeling him around a creepy asylum. Her cameo is brief and a bit forgettable, especially considering everything else that’s happening in the video — masked worshippers perform devilish rituals and there’s a possessed-looking woman who gets overly sexual with other inmates.

Check it out for yourself below. The video also features actress Lisa Marie Presley.

This July, Manson is set to reunite with Rob Zombie for a co-headlining tour. Hopefully it goes much smoother than his recent concert in New York.