CHVRCHES cover The 1975’s “Somebody Else” on BBC Live Lounge: Stream

Scottish trio also perform "Get Out" off their forthcoming album, Love is Dead 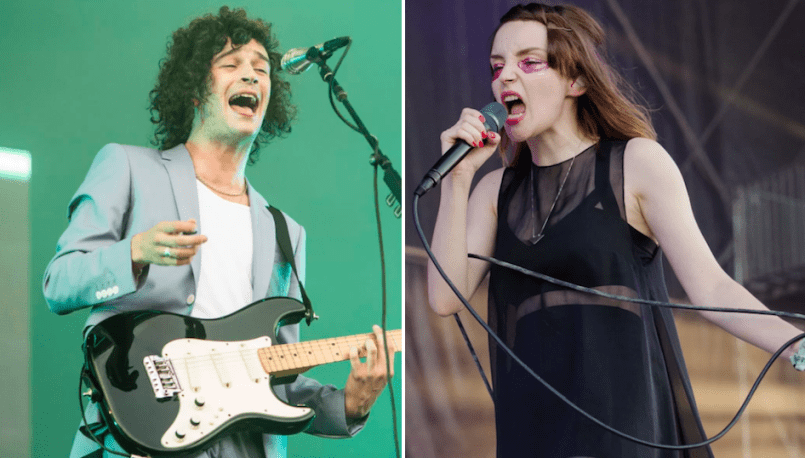 The 1975 and CHVRCHES, photos by Philip Cosores and Ben Kaye

The Chipmunk Effect is what happens when you spin vinyl at the wrong speed, turning the wax too fast and making the song sound like it’s coming from a cartoon band. BBC Radio 1 reporter Steve Holden accidentally did this with The 1975’s “Somebody Else” last summer, but instead of going all Alvin, Simon, Theodore on it, he realized the track suddenly sounded like a CHVRCHES tune. Holden’s Twitter post of the discovery got back to the Glasgow trio, who made the joke a reality by covering “Somebody Else” on their recent stop at the BBC Live Lounge.

CHVRCHES went a little more classic with their take on the I Like It When You Sleep, for You Are So Beautiful yet So Unaware of It track. They delivered a pretty straightforward rendition, but with Lauren Mayberry at the mic, any song is made instantly more beautiful. The band also performed “Get Out” from the forthcoming Love is Dead, and you can listen to the whole thing at BBC Radio 1 (the session begins at the two-hour mark, with the cover at 2:10:25). A clip and a rip of “Somebody Else” are also available below.

.@CHVRCHES covering @The1975's 'Somebody Else' in the Live Lounge is so stunning ???? pic.twitter.com/djNHaPKlLi

Love is Dead is out May 25th through Glassnote Records. Mayberry recently spoke to us about the release, collaborating with The National’s Matt Berninger, and her political activism. Take a listen here.