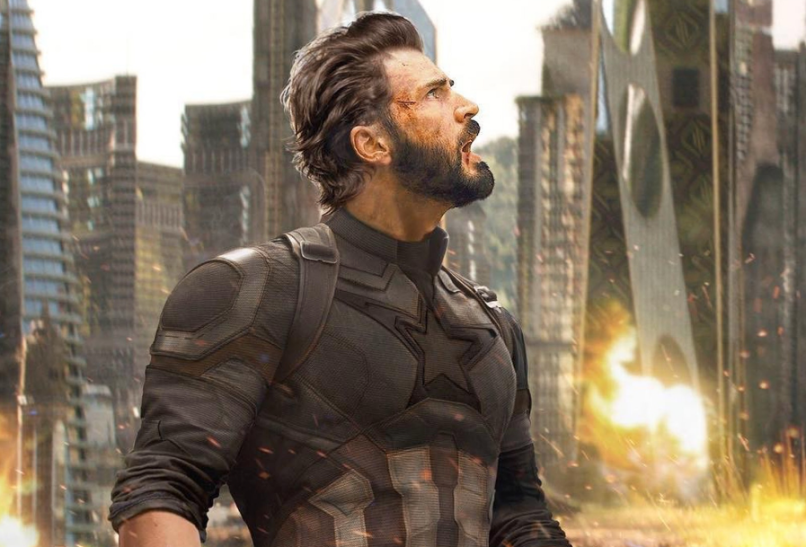 Robert Downey Jr.’s Iron Man may be the unquestionable star of the Marvel Cinematic Universe, but Chris Evans’ Captain America is its heart. Over three solo films and two Avengers team-ups (plus those playful Spider-Man: Homecoming and Thor: The Dark World cameos), Capt. Steve Rogers has provided the MCU and its heroes with a moral compass and resolute strength. But you can’t keep running around in red, white, and blue nylon forever, and it looks like Evans is ready to hang up the shield.

In an extensive profile for The New York Times, the actor intimated that 2019’s Avengers 4 would be his last time playing Captain America. “You want to get off the train before they push you off,” Evans said, with writer Reggie Ugwu adding he “expects that planned reshoots in the fall will mark the end of his tenure in the familiar red, white and blue super suit.”

Those reshoots are for the untitled fourth Avengers film, set for a May 3rd, 2019 release. Evans’ original contract was for six films, which would have ended with next month’s Avengers: Infinity War. He agreed to a one-film extension so Cap could appear in the sequel, but now seems set to make that his final appearance in the role.

Some may speculate that this means Cap will survive Infinity War and perish in the next one, but that’s not necessarily the case. His appearance in Avengers 4 could be flashbacks, or perhaps he meets his end at Thanos’ hands in Infinity War only to be resurrected by some cosmic voodoo in the sequel (it actually happened that way in the comics!). Either way, it’s a safe bet Evans’ character won’t make it out of the next two Avengers movies alive.

But that doesn’t mean Captain America won’t be part of the MCU going forward. In the comics, both Sam Wilson/Falcon (Anthony Mackie) and the Winter Soldier (Sebastian Stan) don the Cap costume at various points. The MCU needs a Captain America, so don’t be surprised if someone new picks up the mantle once Evans retires.

Then again, Downey Jr. managed to renegotiate contracts to appear in things like Spider-Man: Homecoming and Captain America: Civil War, so maybe we’ll see more of Evans as Captain American yet.