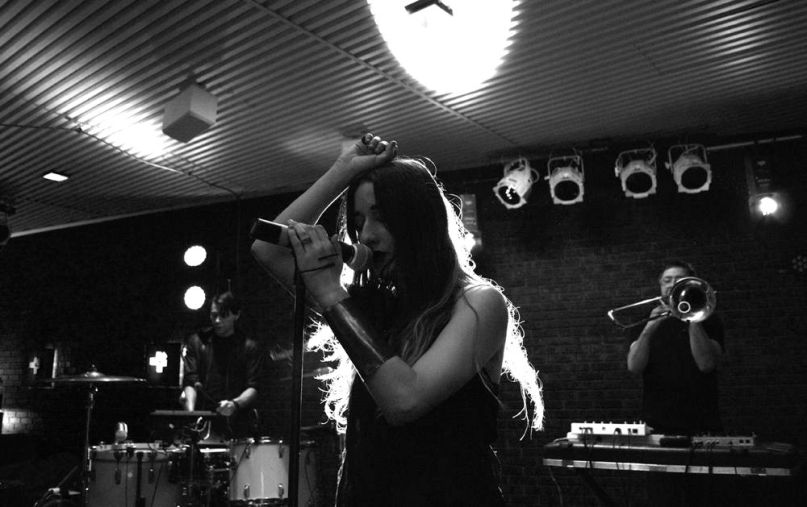 Last year, gothic pop purveyor Zola Jesus released her fifth album, Okovi, an album she described as being “written in pure catharsis.” So fruitful were the album’s sessions that the artist otherwise known as Nika Roza Danilova is releasing a collection of b-sides alongside some remixes of the album’s songs under the name Okovi: Additions.

Danilova has recruited the likes of Johnny Jewel, Katie Gately, Wolves in the Throne Room, and Joanne Pollock to reimagine select Okovi tracks, and has provided four previously unreleased tracks recorded during the sessions. One of them, the dim, crackling “Bound”, is currently streaming via Adult Swim’s singles program. Listen to it below.

“These four new songs were intended to be on Okovi,” Danilova says in a press release. “Each of them represents a snapshot of my journey in making the record, and is just as precious to me as the songs that made it onto the final track listing. The remixes are beloved in their own way, as most were born from organic circumstances, and have drawn the original songs into completely new atmospheres.”

This spring, Danilova will be touring North America with Alice Glass for what they’re calling the Snow Blood Tour. Before that, European audiences will be able to catch Zola Jesus on a brief tour of Denmark, Sweden, the Netherlands, and Germany. See the full list of dates below. More dates are soon to be announced.