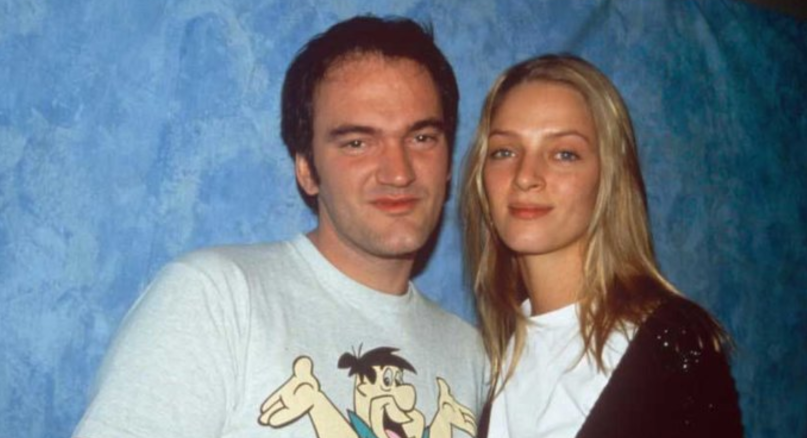 In a new interview with the New York Times, Uma Thurman reveals that she too was assaulted by disgraced movie mogul Harvey Weinstein. Additionally, she accuses Weinstein’s longtime collaborator, director Quentin Tarantino, of abusive and negligent behavior that put her life at risk on the set of Kill Bill.

In an article titled “This Is Why Uma Thurman Is Angry,” the actress details two separate encounters in which Weinstein engaged in sexual misconduct. The first incident occurred following the release of 1994’s Pulp Fiction, of which Thurman co-starred and Weinstein produced. She says Weinstein exposed himself to her and led her into a steam room. When she questioned his motives, he became “very flustered and mad and he jumped up and ran out.”

A short time later, Weinstein allegedly forced himself on Thurman in a London hotel room. “It was such a bat to the head. He pushed me down. He tried to shove himself on me. He tried to expose himself. He did all kinds of unpleasant things,” she recounts. Thurman says she later confronted Weinstein about his behavior, to which he responded by threatening her career.

In 2001, Thurman reunited with Pulp Fiction director Quentin Tarantino for the film Kill Bill. At that point, Thurman says her relationship with Weinstein was non-existent, regarding him as an “enemy” and refusing to give him the time of the day. Still, as Weinstein was the producer of Kill Bill, the two ran in the same social circles and attended the same Cannes Film Festival after party in 2001. It was during this party, Thurman says that she informed Tarantino of her past experiences with Weinstein. Tarantino apparently confronted Weinstein that evening, leading Weinstein to pull Thurman aside and give her a “half-assed apology.”

While Tarantino stood up for her that night, Thurman recalls an incident on the set of Kill Bill that nearly left her paralyzed. In the famous scene where she’s driving the blue convertible to kill Bill, Tarantino asked her to do the driving herself. But after being informed by a crew member that the car was not safe, Thurman asked Tarantino to instead use a stunt driver. She says he refused and eventually she relented and agreed to film the scene herself. Thurman’s concerns were justified, as she ended up crashing the car into a tree.

“The steering wheel was at my belly and my legs were jammed under me,” she remembers. “I felt this searing pain and thought, ‘Oh my God, I’m never going to walk again.'” Thurman says the crash left her with a “permanently damaged neck and screwed-up knees.” Following the accident, she threatened to sue Tarantino, Weinstein, and Weinstein’s production company, Miramax. For years, Tarantino refused to provide her with the footage of the incident, and it was only after she threatened to go to the police, that he handed it over.

“When they turned on me after the accident,” Thurman tells the Times, “I went from being a creative contributor and performer to being like a broken tool.” She also recounts other abusive incidents in which Tarantino spit in her face in the scene where Michael Madsen is seen on screen doing it, and choking her with a chain in the scene where a teenager named Gogo is on screen doing it.

“Harvey assaulted me but that didn’t kill me,” she concludes. “What really got me about the crash was that it was a cheap shot. I had been through so many rings of fire by that point. I had really always felt a connection to the greater good in my work with Quentin and most of what I allowed to happen to me and what I participated in was kind of like a horrible mud wrestle with a very angry brother. But at least I had some say, you know?”

“Personally, it has taken me 47 years to stop calling people who are mean to you ‘in love’ with you. It took a long time because I think that as little girls we are conditioned to believe that cruelty and love somehow have a connection and that is like the sort of era that we need to evolve out of.”