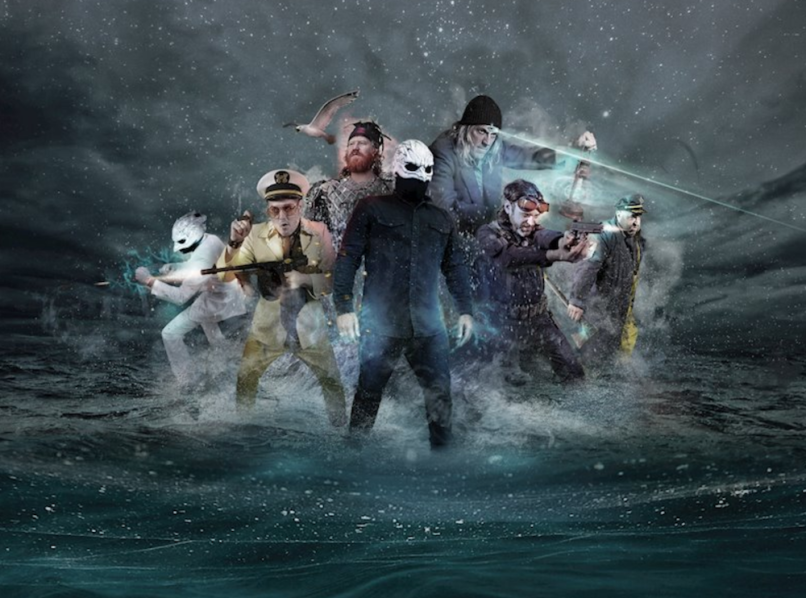 Supergroup Legend of the Seagullmen are expected to release their first-ever album on February 9th via Dine Alone Records. In anticipation, the self-titled LP is streaming in full below (via Kerrang!).

Having made their live debut on New Year’s Eve, the hard rock outfit — consisting of Mastodon frontman Brent Hinds, Tool drummer Danny Carey, and film animator/director Jimmy Hayward — have put together an eight-track collection. In keeping with the nautical theme, the songs have names like “The Fogger”, “Curse of the Red Tide”, and “The Orca”. Previously shared single “The Deep-Sea Diver” also appears, as does the heavy-hitting “Shipswreck”.

“The lore is real…,” the band tells Kerrang! “This is the self-titled debut from Legend of The Seagullmen! We are the very men who have been anointed by the Seagullgod King to deliver pure rock fury and save you from the deep dark depths. Fifty foot mutant deep sea divers, enraged giant squid and bloodthirsty killer Orcas are on their way and nothing stands between you and a certain briny death but the Seagullmen! BOW DOWN AND FOREVER BASK IN THE GLORY OF THE SEAGULLGOD KING!”

Legend of the Seagullmen Artwork:

Previous Story
Quentin Tarantino under fire for past comments defending Roman Polanski: “He had sex with a minor. That’s not rape.”
Next Story
Artist of the Month EarthGang on Breaking the Mold in Atlanta
Popular
More Stories
[fu-upload-form form_layout="media" title="Submit Your Photo"][input type="hidden" name="ugc" value="1"][/fu-upload-form]