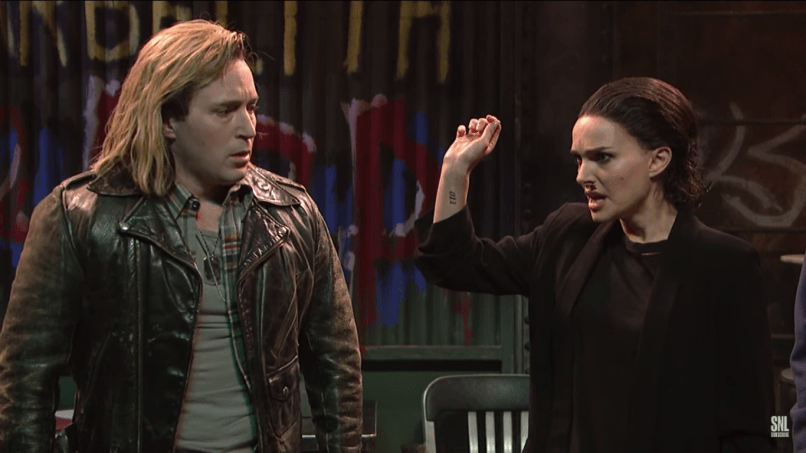 One of the more contentious episodes of Stranger Things’ excellent second season was one that found protagonist Eleven linking up with a group of cheesy punks who share similar powers to the lab-tested wunderkind. Last night, Natalie Portman’s Saturday Night Live hosting gig found the Oscar-winning actress donning Eleven’s gothic getup for a sketch that introduced a slew of other punks, each with their own bizarre powers.

As fans of the show know, Eleven’s ability to manipulate environments with her mind gives her nosebleeds. Downsides also accompany the skills of these substandard sidekicks. Beck Beckett’s Fourteen, for example, can start fires, but not without throwing up in his mouth a little. Things get more absurd from there, with boners, farts, and two-day comas afflicting others. Watch the full sketch below.

(Read: Stranger Things 2 Succeeds on Nearly Every Level, But Especially With Its Characters)