The "spontaneous" project sprung out of a chance meeting in Mexico 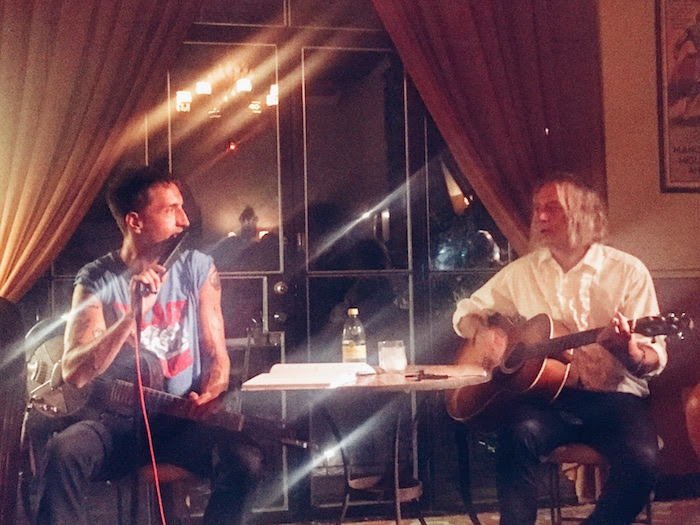 Buck and Arthur go back a ways. Arthur opened for R.E.M. in 2004, and the pair shared a stage in 2014 to pay tribute to the late Lou Reed. However, their new collaboration came about after a chance meeting in Mexico led to an inspired jam session between the two. According to an interview with the duo in Rolling Stone, they improvised eight songs in eight hours before playing them for a handful of locals a few days later. “It was really spontaneous and kind of magical in its own way, as [being in Mexico] we were kind of disconnected from everything,” explained Buck, who also plays in the R.E.M.-Sleater-Kinney supergroup Filthy Friends.

“Joe is going through that searching period we all go through in life,” he continued. “And those experiences he’s having make this a very forward-looking record, lyrically. The music has a questing kind of feel. We were making it up as we went along.”

Arthur, who is described as being in the midst of a “personal transformation” and is finishing work on “a dark, introspective solo album,” described the process as a healing one. Both agree that the songs are catchy, optimistic, and a change of pace from their other current projects. “All of a sudden it was like I had this musical partner and friend, and that relieved the music of the burden of the self, if that makes sense,” Arthur said. Aw.

In addition to an album, Arthur Buck are also promising a tour of North America and Europe. Stay tuned.