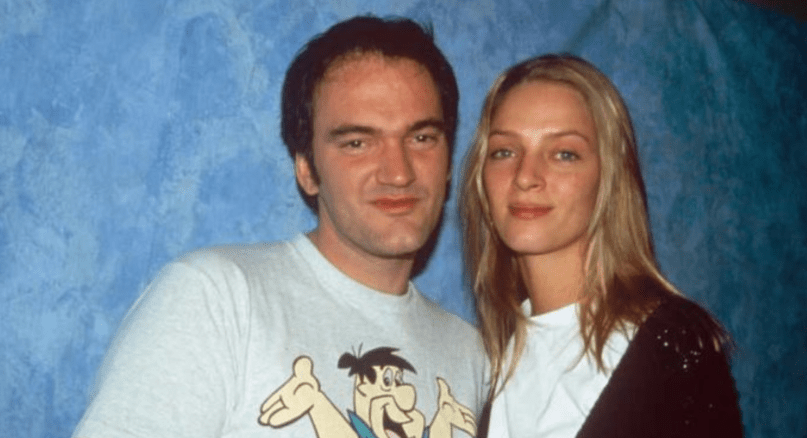 In a recent interview with the New York Times, Uma Thurman lent her voice to the chorus of accusations of sexual assault being levied against disgraced movie mogul Harvey Weinstein, who she describes as an “enemy.” Weinstein allegedly attempted to force himself on her on multiple instances. “He pushed me down. He tried to shove himself on me. He tried to expose himself. He did all kinds of unpleasant things,” she recalled. Weinstein is now considering pursuing legal action against Thurman.

In the same article, Thurman also detailed a stunt-gone-wrong on the set of Kill Bill, one that found her behind the wheel of an unsafe vehicle. Despite asking a trained stunt person to take the wheel, director Quentin Tarantino allegedly coerced her into performing the stunt herself. This led to a crash that left her with a “permanently damaged neck and screwed-up knees.” Terrifying footage of the crash, which Tarantino helped her procure, was included in the piece.

This revelation, along with details of an abusive working environment that involved Tarantino stepping in for scenes that involved spitting and choking, led many, including actress and Weinstein accuser Asia Argento, to condemn the auteur. Now, Tarantino has spoken to Deadline to share his side of the story.

Speaking on the crash, Tarantino takes full responsibility, but says that while he was “irritated” about Thurman’s reluctantly he wasn’t “in a rage” as was reported. “I came in there all happy telling her she could totally do it, it was a straight line, you will have no problem,” he explains. “Uma’s response was…’Okay.’ Because she believed me. Because she trusted me. I told her it would be okay. I told her the road was a straight line. I told her it would be safe. And it wasn’t. I was wrong. I didn’t force her into the car. She got into it because she trusted me. And she believed me.”

What led to the crash, he says, was that at the last minute the team decided to film the car driving from the opposite direction. Tarantino had tested it going the initial direction and didn’t think it would have an effect. “A straight road is a straight road,” he says. Unfortunately, that wasn’t the case, as there was a hidden “S curve” that ended up causing the accident. Tarantino calls the accident “one of the biggest regrets of my life.”

“Watching her fight for the wheel…remembering me hammering about how it was safe and she could do it,” he recounts. “Emphasizing that it was a straight road, a straight road…the fact that she believe me, and I literally watched this little S curve pop up. And it spins her like a top. It was heartbreaking. Beyond one of the biggest regrets of my career, it is one of the biggest regrets of my life. For a myriad of reasons.”

Thurman doesn’t dispute his account, either. In a new Instagram post, Thurman says that despite the situation being “negligent to the point of criminality,” she doesn’t hold a grudge against Tarantino for the situation. “Quentin Tarantino, was deeply regretful and remains remorseful about this sorry event, and gave me the footage years later so i could expose it and let it see the light of day, regardless of it most likely being an event for which justice will never be possible. he also did so with full knowledge it could cause him personal harm, and i am proud of him for doing the right thing and for his courage.”

i post this clip to memorialize it’s full exposure in the nyt by Maureen Dowd. the circumstances of this event were negligent to the point of criminality. i do not believe though with malicious intent. Quentin Tarantino, was deeply regretful and remains remorseful about this sorry event, and gave me the footage years later so i could expose it and let it see the light of day, regardless of it most likely being an event for which justice will never be possible. he also did so with full knowledge it could cause him personal harm, and i am proud of him for doing the right thing and for his courage. THE COVER UP after the fact is UNFORGIVABLE. for this i hold Lawrence Bender, E. Bennett Walsh, and the notorious Harvey Weinstein solely responsible. they lied, destroyed evidence, and continue to lie about the permanent harm they caused and then chose to suppress. the cover up did have malicious intent, and shame on these three for all eternity. CAA never sent anyone to Mexico. i hope they look after other clients more respectfully if they in fact want to do the job for which they take money with any decency.

She does, however, insist that there was a “cover up” of the incident, which involved withholding the footage of the crash, for which she blames producers “Lawrence Bender, E. Bennett Walsh, and the notorious Harvey Weinstein.” Tarantino doesn’t dispute that such a cover up, and even admits that he “can only imagine that was Harvey’s mindset on it” after being asked if Weinstein was withholding the footage so Thurman couldn’t sue.

Tarantino’s interview also touches on his confrontation with Weinstein over the mogul’s behavior, a detail he feels was glossed over in the article. He also clarifies that Thurman wasn’t the one complaining about the issues of spitting and choking on set. “[Author] Maureen Dowd interviewed other people on the set who mentioned it to her. If you notice, all that choking and spitting stuff is not in quotes from Uma. It’s part of Maureen Dowd’s prose.”

And while it may seem like an odd thing to have to explain, Tarantino clarifies that he performed these actions with Thurman’s consent and that his intention wasn’t an exertion of power but rather his need as a director to ensure the scenes were filmed with as little fuss as possible. He also ties this in with the widely reported story about how he was the one choking Diane Kruger in Inglourious Basterds, who he says also provided consent prior to filming.

Of he and Thurman’s relationship, Tarantino says they’re “okay,” but that they have a “long, complicated history.”

“She never meant this to roll over onto me,” he said. “The uproar that happened against me, she was not prepared for. We have a long complicated history. We have been dealing with it for 22 years. We’re both one of the closest people in each other’s lives. So it was rather shocking to read this article, where the headline is about Uma’s anger, and lumping me into her anger about Harvey. As much detail as they went into, no one seemed to care about the Harvey stuff.”