L7 clap back with new reunion single “I Came Back To Bitch”, plus US tour dates 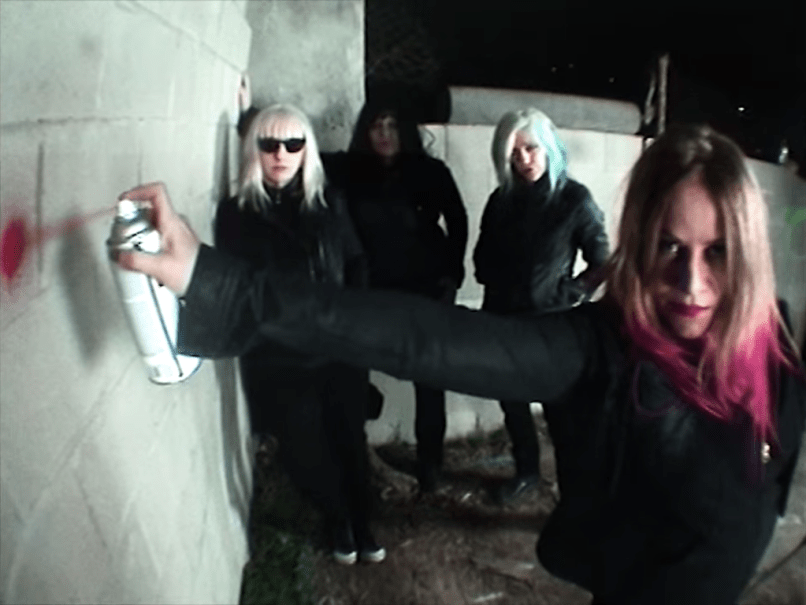 Grunge trailblazers L7 dropped their first new song in 18 years last summer, the anti-Trump screed “Dispatch from Mar-a-Lago”. Now, the reunited outfit is back with a new track, “I Came Back To Bitch”, which is apparently the first of several new songs from the band.

Rolling Stone premiered the fist-pumping single, which singer Donita Sparks says is about “greedy fucks throwing the word ‘rock star’ around because someone made a huge profit on somebody else’s back.”

“Do not degrade the word ‘rock star,'” she continues. “That’s what I find grotesque – because creative people, caregivers, civil servants – those are the people who are contributing to society. Capitalist motherfuckers are just making money off of polluting things and ruining neighborhoods.”

Sparks and the rest of the band exude that rage in the song’s accompanying music video, a lo-fi melange of anti-capitalist imagery and pointed declarations directed by Joel Fernando. Watch it below.

L7 will also be heading out for a short string on live shows in April. In the meantime, catch their crowdfunded documentary L7: Pretend We’re Dead, which is currently available on Blu-ray and streaming services.