In which K. Dot sits in a palm tree, eating corn on the cob 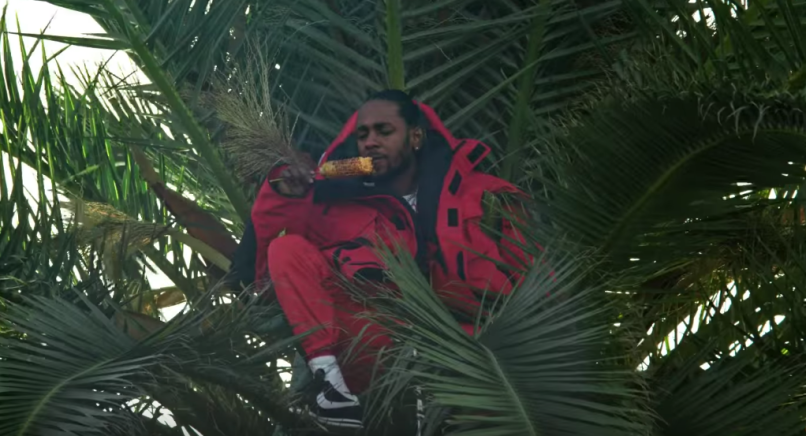 Tomorrow is a big day in the world of cinema as Black Panther finally arrives in theaters. Marvel’s latest superhero feature is a masterpiece of black excellence, and it’s complemented by an equally stellar soundtrack curated by Kendrick Lamar. Ahead of tomorrow’s big premiere, Kendrick has unveiled a new video for the epic posse track “King’s Dead”, which also features Jay Rock, Future, and James Blake. Directed by Dave Free (of The Little Homies) and Jack Begert, the video opens with Kendrick sitting in a palm tree, eating corn on the cob. We also see K. Dot, Jay Rock, and Future fooling around inside a busy office before making their way to the roof. Watch it below.