"His name will sit alongside the greats whom lost their lives to push our culture forward," JAY-Z remarks 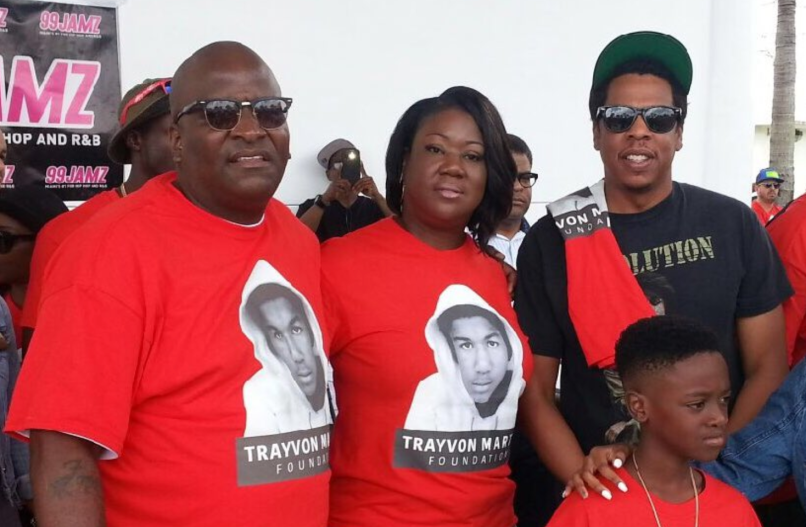 Jay-Z made a surprise appearance alongside the parents of Trayvon Martin at the annual Peace Walk & Peace Talk held in honor of the slain teenager. Now in its sixth year, the event was held in Miami on Saturday.

The rapper gave a short speech at the event. “We want to make sure that we stand and support and never forget that Trayvon serves as a beacon of light to the people out here. So you guys will never have to go through the pain and hurt that these guys went through,” he said.

“And his name will sit alongside the greats whom lost their lives to push our culture forward — the Martin Luther Kings, the Gandhis. That’s the intention that we set, that his name serves as a beacon of light and hope to push us in a better direction, so thank you guys for your support. Thank you for being here.”

JAY-Z is producing a documentary series about Martin’s death.  As part of the production, a camera crew recently made unannounced visits to George Zimmerman, the man responsible for killing Martin in February 2012. Zimmer declined their interview request, cried “harassment, and threatened to beat up JAY-Z.

Previous Story
Cedric Bixler-Zavala teases return of The Mars Volta: “We will be back soon”
Next Story
How Adam Sandler’s The Wedding Singer Became the Ultimate Love Letter to the ‘80s
Popular
More Stories
[fu-upload-form form_layout="media" title="Submit Your Photo"][input type="hidden" name="ugc" value="1"][/fu-upload-form]