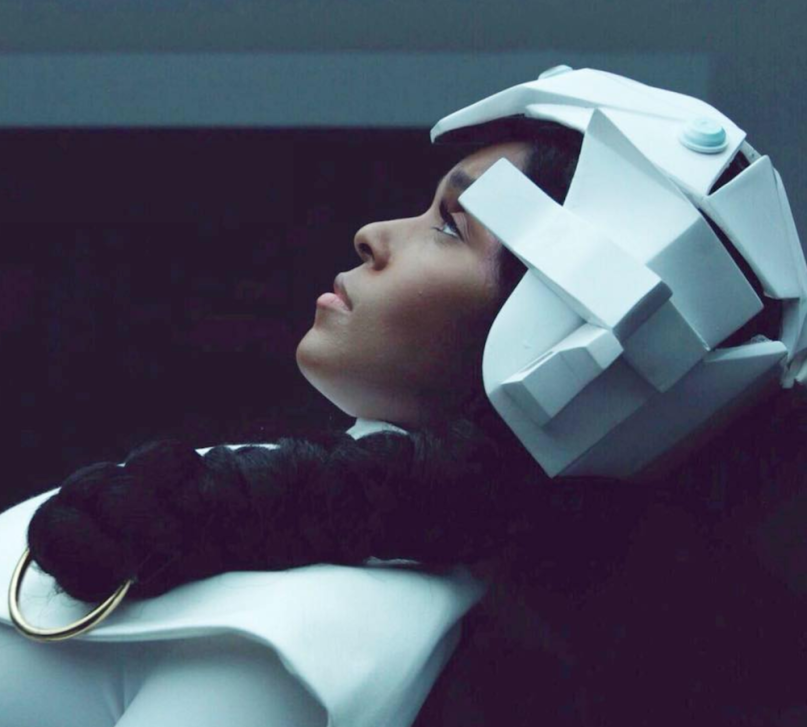 Janelle Monáe formally announced her third studio effort, Dirty Computer, last week via a trailer that aired before select screenings of Black Panther. The cinematic promo was fitting considering the R&B singer’s Hollywood presence the last few years (if you’ll recall, she appeared in both Moonlight and Hidden Figures).

Today, Monáe has revealed more details on the album, which she describes as an “emotion picture”. The 14-track effort is slated to arrive April 27th; an accompanying “narrative film” will follow at a later date. In an interview with Beats 1’s Zane Lowe, she spoke about The Electric Lady follow-up:

“You know I always knew that I had to make this album. I actually had this title on this concept before my first album The ArchAndriod and it scared me because a lot of the things that I knew that I needed to say were very deep, very personal, from the heart. You know this is an extremely vulnerable album and it took me a while to make it because I’m a self editor. I self edit myself a lot. I’m like I don’t want to talk about this, I don’t want to talk about that. I had to kind of have people at Wonderland on my team to hold me accountable to it. They were like OK, you said you wanted to make this album before your first album, this is the opportunity for you to just really choose honesty over mystery. I know that there are a lot of things that I haven’t discussed and I think this is the album that you’ll get an opportunity to get a closer glimpse into my mind and into my heart.”

As a preview of the LP, the Grammy-nominated Monáe is sharing not one, but two new singles, “Make Me Feel” and Django Jane”. While not a Michael Jackson cover, the first cut does draw a bit on that kind of sleek R&B/pop, in addition to Prince-inspired funk. The second song, meanwhile, is more of a thumping, hip-hop-esque anthem.

Check out both below via their stunning music videos, which appear in the forthcoming “narrative film”. “Make Me Feel” was helmed by Alan Ferguson, while “Django Jane” features work from directors Andrew Donoho and Chuck Lightning with additional vagina monologue footage directed by Lacey Duke.