In Photos + Setlist: Jawbreaker and Charly Bliss at Brooklyn Steel (2/26)

For the first time in over 20 years, the emo punk icons played New York 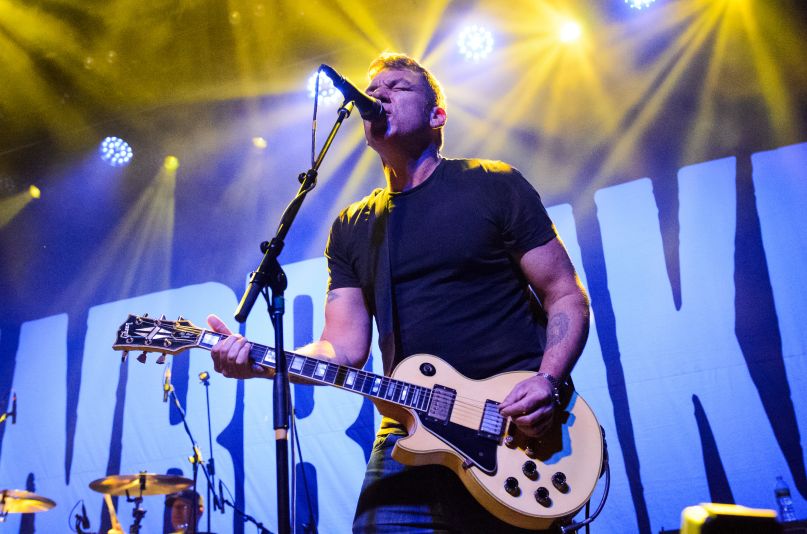 When Jawbreaker reunited for last year’s Riot Fest, fans who couldn’t travel to the Chicago event were itching for more shows to be announced. It had been over two decades since the influential punks had lit up the emo world in the early ’90s, and the kids and teens whose lives were touched by the band were now adults.

On Monday evening, those adults were weeping and sweating in mosh pits as Blake Schwarzenbach, Chris Bauermeister, and Adam Pfahler finally returned to an East Coast stage with the first of three shows at Brooklyn Steel. Jawbreaker played furious and loud, and the fans so eager to have them back for one last hurrah were only too happy to have their eardrums blown by their icons once more.

Charly Bliss, while far brighter and poppier than the headliners, put on an impressive opening performance, even if it was clear from the thick crowds in the atrium during their set that many were there just for Jawbreaker. What could you expect? Some of these ticket holders never got the chance to see their favorite band in their heyday, and finally the day had come.

Check out photos of both bands plus Jawbreaker’s setlist below.