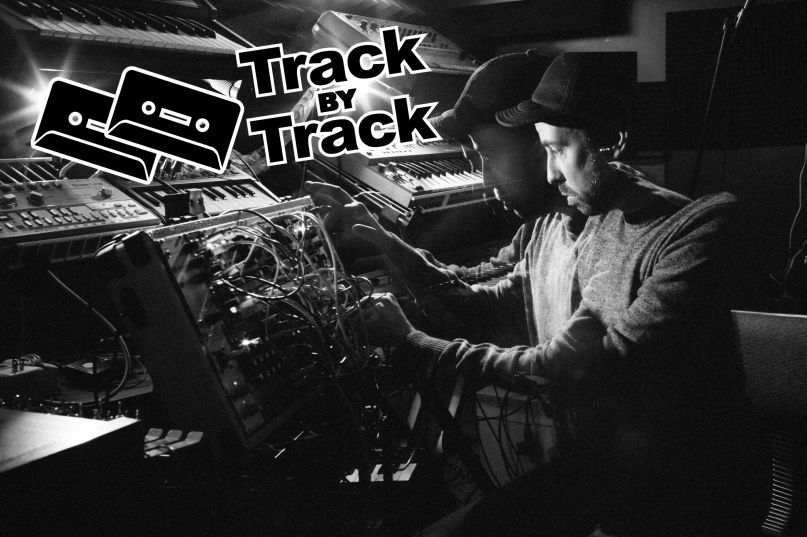 Track by Track is a recurring new music feature in which an artist offers a comprehensive rundown of their new album.

The instrumental album caught the ear of Dilla and led to their 2004 collaboration with Phat Kat entitled “Game Over”. The momentous single paved the way for Dabyre’s 2006 follow-up album, Two/Three, which included appearances from the likes of DOOM, Vast Aire, and Detroit mainstays such as Guilty Simpson.

Following the success, Mullinix retired the Dabrye moniker in the late 2000s to dedicate himself to other genres and ideas. Almost a decade later, he’s brought Dabrye back to complete his trilogy with Three/Three. The head-nodding 19-track collection boasts an impressive guest list including heavyweights such as DOOM, Ghostface Killah, and Roc Marciano, while showcasing Detroit talent including Guilty Simpson, Phat Kat, Danny Brown, Nolan The Ninja, and more.

Ahead of the release of Three/Three on February 16th through Ghostly International, Consequence of Sound brings you an exclusive first listen of the record in partnership with Adult Swim. Check it out below.

For insight into the process behind Three/Three, Dabrye has broken down select tracks from the album below.

“Tunnel Vision” (feat. Guilty Simpson):
There were points in time when Chicago house and hip-hop got so deep and jazzy that some of it almost felt murky and mysterious. I wanted to extend that out to the feeling that you’re coasting into darkness. As an opening track, it feels like we’re taking off into the unknown and I made a trippy little intro to buttress that idea.

“Emancipated” (feat. Ghostface Killah):
The foundation of this track was complete around 2013 when it appeared on a Bleep compilation. I called it “Click-Clack” after the clacking percussion in it. Faced with the prospect of Ghostface appearing on Three/Three, I thought the vibe might be right for him because the one-note bassline, something which became one of my signatures, happens even more seldom than usual. I think this makes the track feel out of balance and tense. Ghostface is well suited for beats that have tension.

“Lil Mufukuz” (feat. DOOM):
I was working at Encore Recordings, a used record store in my hometown, when someone put this record on. This trippy and apocalyptic “light up the whole world” bit came on and I knew it had to be used for DOOM.

“Fight Scene” (feat. La Peace):
After locking in the collaboration with Phat Kat for “Bubble Up”, he told me he could reach La Peace. I had heard him on the 1st Down reissue, [Slum Village’s album] Dirty District, and a Cardi Boyz-related track somewhere but it didn’t register that I could get him on a track. Detroit is full of remarkable talent and I thank Kat for connecting me to another head. “Fight Scene” is on the battle rap tip and it’s got one of my favorite flows on the LP.

“Electrocutor”:
This is another beat made with regard to the Radiophonic Workshop and early electronica but emphasizing the hard driven rhythm and whip-crack percussion. Some setting on my Dual Prismatic (Primary) Oscillator caused a very gradual upward pitch glide that sounds like it’s warming up. I’m not sure that would be discernible if the beat had vocals on top.

“The Appetite” (feat. Roc Marciano, Quelle Chris, and Danny Brown):
This track is inspired by the original Dr. Who title theme and “Space Dust”, a track sampled a few times in hip-hop history. I have those old types of synths, so I went for that vibe myself and added percussion of an old cocktail drum machine.

“Nova” (feat. Nolan The Ninja):
Shigeto told me about Nolan The Ninja and I became an instant fan. His intensity is a perfect counterbalance to the laid back boom bap that I wanted to touch on.

“Bubble Up” (feat. Phat Kat aka Ronnie Cash):
Phat Kat rhymed on an early version of this beat that we recorded for the BBC exclusively. I thought about that track ever since — about how much more could be done with it so I asked Kat if he wanted to record more verses. I changed it a bit but the foundation remains. The main line comes from a Heaven 17 record.

“Culture Shuffle” (feat. Kadence, Intricate Dialect, and Silas Green):
One big influence for all of my projects is early experimental electronic music like that of Daphne Oram, Mort Garson, and Morton Subotnick. “Culture Shuffle” is an example of exercising that approach with my favorite electronic instruments. The emcees are a team of local heads, friends of mine, that manifest important socio-political insights in their raps.

“First Law of Nature Rock Day” (feat. Denmark Vessey):
An aim of the album was to revisit a compositional technique from One/Three, namely arranging a linear composition, one that sounds like it repeats but actually has unique flourishes in every measure. But rather than doing this with editing tricks, I thought to do it in a more organic way — in a way that relates more to jazz and funk. Unlike Two/Three, which ends with the high intensity of “Game Over”, I thought I’d sequence Three/Three so it drifts away like it’s going off to the horizon and going on forever. Denmark killed it. I’m a massive fan.