A bonus cut from the deluxe edition of Herbo's Humble Beast, which is out tomorrow 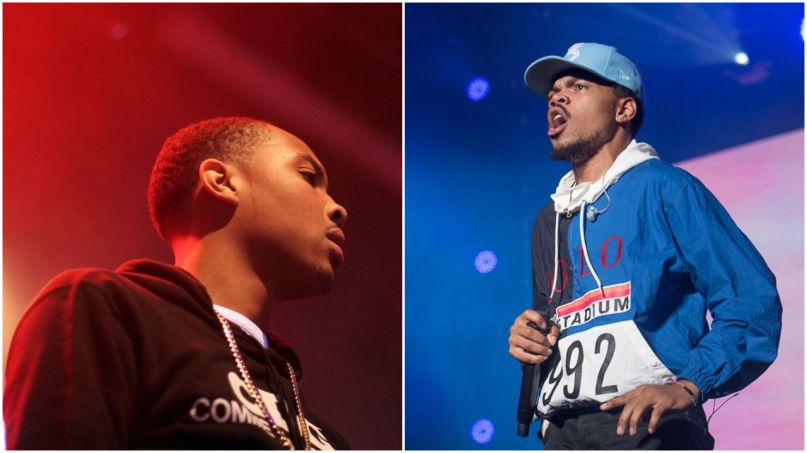 G Herbo and Chance the Rapper, photos by Killian Young and Amy Price

Chicago rapper G Herbo has shared a remix of his Humble Beast standout “Everything” featuring Chance the Rapper and Lil Uzi Vert, the latter of who appeared on the original. The remix is one of 10 brand new songs to be released on the album’s deluxe edition, which drops tomorrow, February 16th.

In a statement shared by Pitchfork, Herbo says Chance approached him about a guest spot. “[Chance] just Hit me out of the blue, like ‘Don’t shoot the video to EVERYTHING w/o me bro,’” he wrote “I’m like shit, better yet, you might as well just go crazy on it. And That’s what he did. Real shit, it’s always been love between me and Chance, since we both started we always supported each other. His ass is really like the unofficial mayor here Lbs.”

Listen to the remix, which features a new verse from Chance, below.

Uzi was recently nominated for a Best New Artist Grammy and made his late night debut on Colbert. Chance, meanwhile, hosted Saturday Night Live late last year while also performing with the likes of SZA and Jeremih.

In January, Herbo dropped the music video for “Shook”, another track from Humble Beast’s deluxe edition. See it, as well as a tracklist for the deluxe edition, below.