State of the Empire Episode 47: A Game of Rebels

The Game of Thrones showrunners are coming to Star Wars! We discuss the implications, recap Rebels season 4 so far and speculate about the series finale. 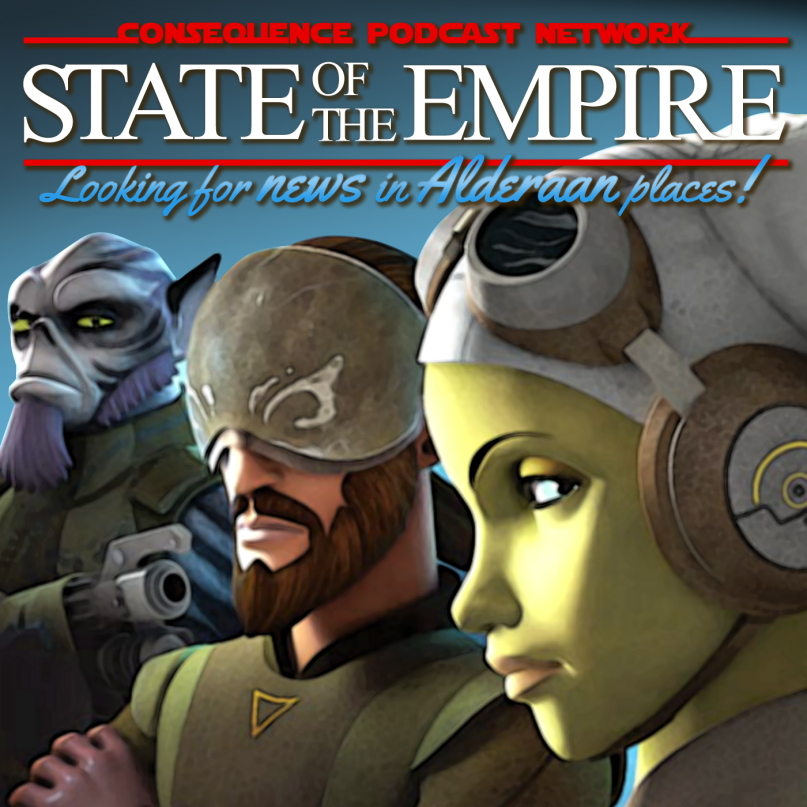 Rebels ushered in the Disney era of Star Wars and in four seasons has become one of the most beloved corners of the galaxy far, far away. This series has literally and figurative bridged the era of the prequels and the original trilogy, introduced incredible characters who’ve redefined the story of the Rebellion, and expanded the mythos in ways that the new saga could never hope to. Now, the series returns from its mid-season break and in just a few short weeks will end.

Join Matt and Cap as they recap Rebels season 4 so far and go behind the blast doors as we speculate about both the highly unpredictable outcomes for this series as well as what comes next. Who lives, who dies, whose stories aren’t done yet? That’s not the least of it though – this episode kicks off with us exploring the shocking announcement that Game of Thrones showrunners, David Benioff and D.B. Weiss will be ushering in a new “series” of Star Wars films set during a specific point in the mythology. What in the Rim does that mean and what more have we learned about Solo in the week since the first trailers? We’ve got some answers and so, so many questions.