Jemaine Clement and Taika Waititi have three separate projects inspired by in the works, all inspired by their 2014 vampire mockumentary, What We Do in the Shadows 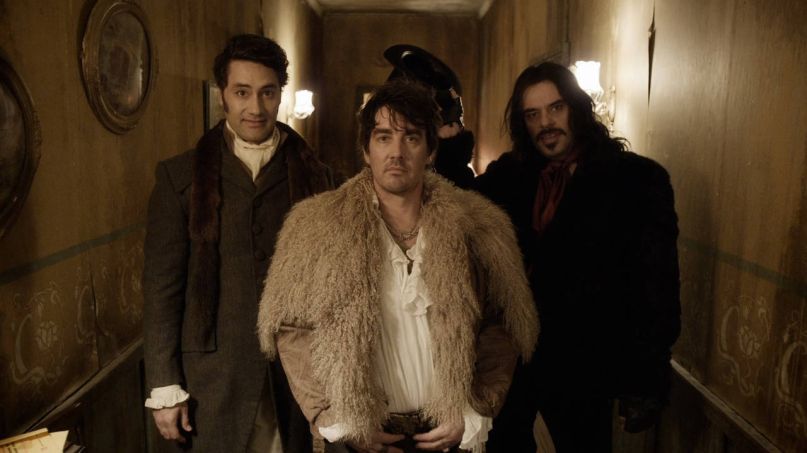 Flight of the Conchords are about to head back onto the road, with one of their upcoming concerts to be filmed for a new HBO special. All the while Jemaine Clement is busy at work on three (!) projects inspired by his 2014 vampire mockumentary, What We Do in the Shadows.

Waititi has also let it slip that a theatrical sequel to the film is in the works. “Basically it follows the group of werewolves,” Waititi revealed in an interview late last year. “The movie is called We’re Wolves… get it? It’s a word play. Americans love word play. You guys love puns.”

Now, via Clement, comes word of a third project. As he revealed at FX’s Television Critics Association panel this month, he’s penning a US TV adaptation of the original film. “It’s pretty close, we’re going to film a pilot,” Clement explained. “This is about a documentary crew in America.” Clement himself won’t appear in the series, but he will write it. An unnamed network is apparently already onboard and they plan to shoot a pilot later this year.

Previous Story
Starz announces a John Wick TV series with original director, screenwriter at the helm
Next Story
Letterman Reveals Different Side of Himself in My Next Guest Needs No Introduction
Popular
More Stories
[fu-upload-form form_layout="media" title="Submit Your Photo"][input type="hidden" name="ugc" value="1"][/fu-upload-form]