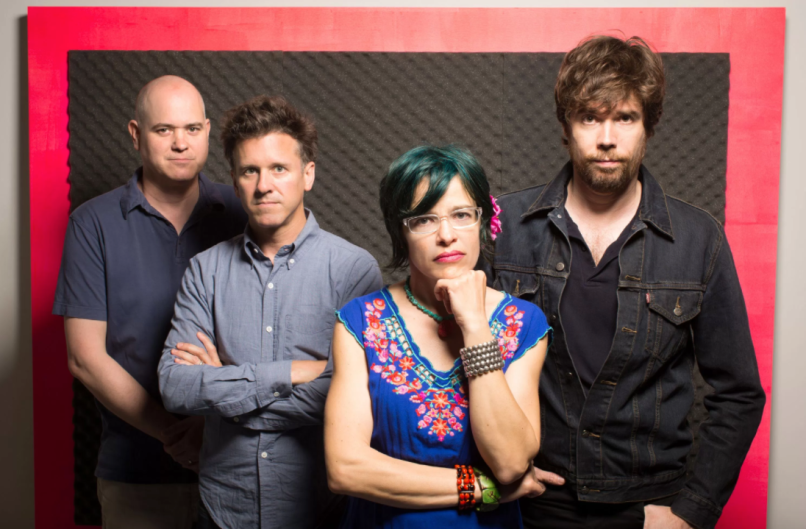 On their first record in four years, What a Time to Be Alive, indie outfit Superchunk are joined by a bevy of guest vocalists. At various points on the record you’ll hear A Giant Dog’s Sabrina Ellis, David Bazan, and Skylar Gudasz. New single “Erasure” alone features two notable back up singers, with Katie Crutchfield of Waxahatchee and The Magnetic Fields’ Stephin Merritt joining the North Carolina outfit.

The track takes aim at the powerful elite who attempt to keep the disenfranchised majority trapped in the margins of society. Superchunk’s Mac McCaughan stands firm against the privileged few on the verses (“A single golden tear for you won’t fall/ As if that’s all we have to leave”), while Crutchfield and Merritt join in on the refrain of, “What you’re after/ What you’re after/ Erasure/ Erasure.” Take a listen below.

What a Time to Be Alive is out February 16th; pre-orders are going on here. In addition to dropping the title track, Superchunk previously shared the album tracks “Break the Glass” and “I Got Cut” as benefit singles for Souther Poverty Law Center and Planned Parenthood, respectively.

Superchunk have also added a few European dates to their upcoming tour itinerary, which you can find below.