State of the Empire Episode 45: A Great Disturbance in the Fandom: The Last Jedi’s Fallout

The Last Jedi has opened a massive schism in the fandom. A rift, not between light and dark, but polarizing all the same. Join us for a civil discussion on the film's fallout as we quest to find balance in the force. 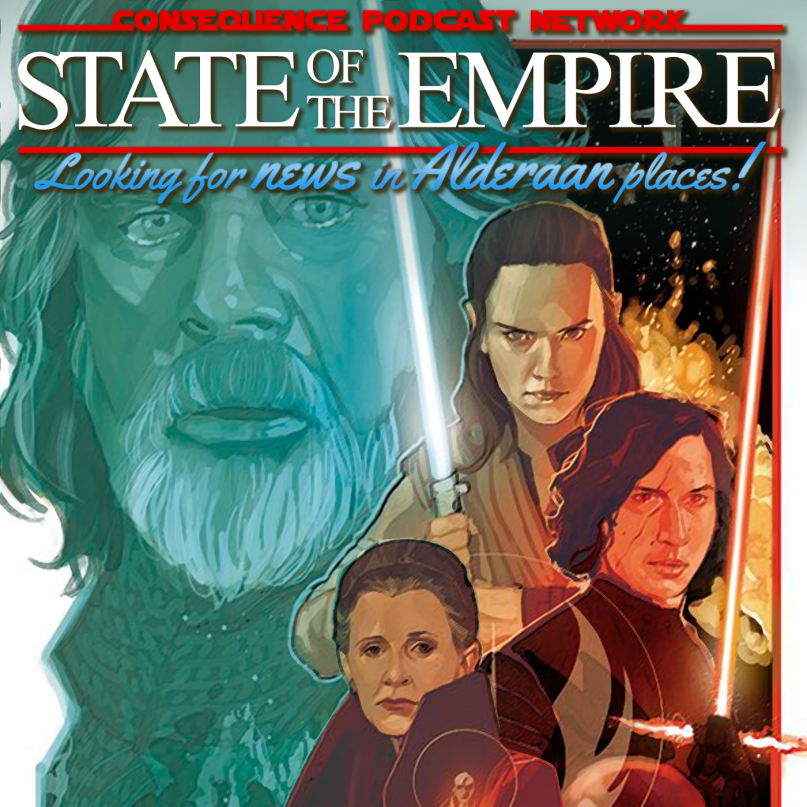 The Last Jedi has opened a massive schism in the fandom. A rift, not between light and dark, but polarizing all the same. Whether you love the film or loathe it, civil discourse is few and far between and like The First Order dismissal and nihilism reign supreme.

It’s a discussion too big for us to ignore, and one that desperately needs to be had – even Cap, Matt, and Doug aren’t of the same mind about this divisive movie. We share thoughts and insights from others and search own feelings for new perspectives on how this movie succeeded and failed. Has Star Wars become an exquisite corpse? What do the film’s deleted scenes offer in terms of explanation and expansion? Join us for a civil discussion on The Last Jedi‘s fallout as we quest to find balance in the force.

Links:
— Star Wars Spoilers on Facebook
— Our review of The Last Jedi
— Animator Andrei ?erbea’s video about the dissonance between TFA and TLJ
— Sideways’ analysis of Rey’s theme
— Bitter Gertrude‘s Article: “’This is Not Going to Go the Way You Think’: The Last Jedi Is Subversive AF, and I Am Here for It”
— All 50+ times Mark Hamill showed his feelings on TLJ
— The /Film article on TLJ‘s deleted scenes