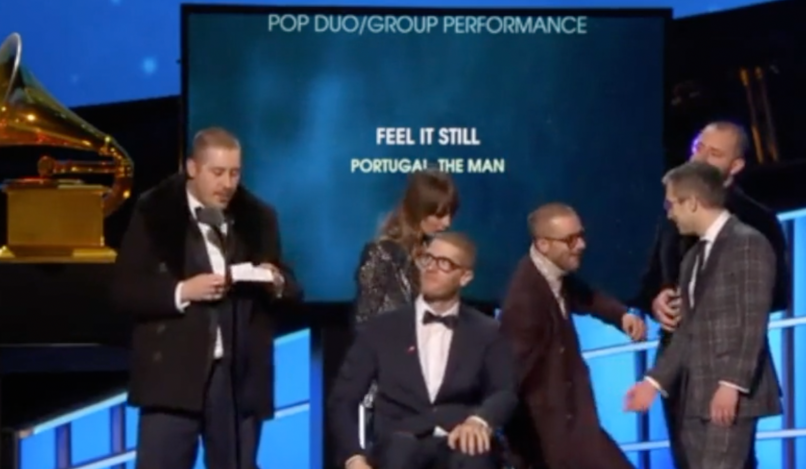 Portugal. the Man was one of the surprise winners at this year’s Grammys, beating Luis Fonsi & Daddy Yankee, The Chainsmokers, and Imagine Dragon to win Best Pop Duo/Group Performance. The band didn’t seem to take the accolade too seriously, however. Bassist Zach Carothers concluded the band’s acceptance speech by proclaiming “Hail Satan!” (seemingly in reference to the run of Gospel and Christian Grammy announcements that had occurred moments earlier). Frontman John Gourley, standing in the background, took a swig from a flask and appeared to wipe his ass with the trophy. Watch the tomfoolery below.

Truthfully, given the events that transpired later in the evening, Portugal. the Man may have given the most appropriate acceptance speech.