Paul Thomas Anderson Challenges the Way We Remember Our Past 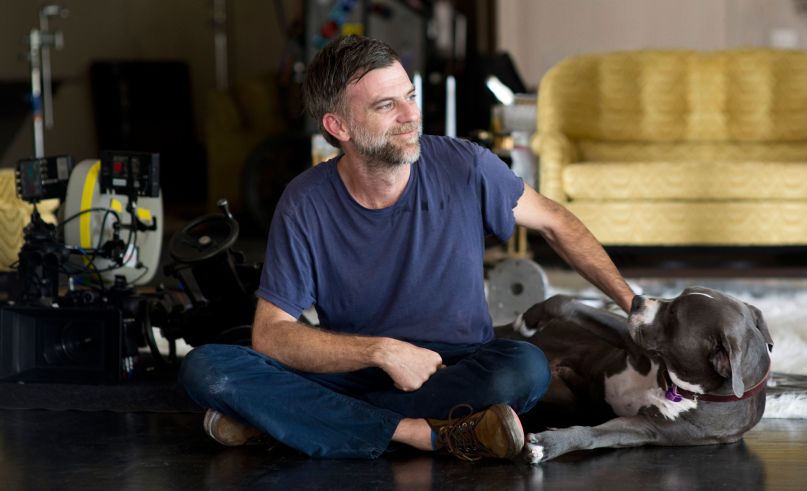 (Note: The following discusses some key details from Phantom Thread.)

With the wide(r) release of Phantom Thread this weekend, Paul Thomas Anderson has yet again reaffirmed himself as one of the great American filmmakers currently working, and certainly one of its most ambitious. In a film landscape fixated upon broad digestibility, and so many studios focusing their efforts on either no-budget fare with massive upside or quarter-billion dollar franchise entries, Anderson has spent most of his post-2000 period inquiring about the human condition in increasingly unconventional ways. Particularly in the case of his 2010s output, in a trilogy of films set throughout the middle decades of the 20th century, Anderson has interrogated not only our collective cultural history, but the ways in which we recall and engage with that history.

The ways in which we tell stories say as much about the stories themselves, and to that point, Phantom Thread is a common story told in a decidedly uncommon way. The tale of the tumultuous relationship between Reynolds (Daniel Day-Lewis) and Alma (Vicky Krieps), as Reynolds negotiates the pressures of running a high-end dress house in 1950s London, Thread tells one of the more common archetypal stories in art, in life, in society: the suffering genius is sustained by his patient, loving muse. Yet the film is less a reiteration of that story than a manipulation, as Anderson uses the trappings of the “suffering artist” as a type to explore who those people actually are when away from the gaze of so many admirers.

Reynolds is an indisputable great at his craft, but he’s also something of a petulant child during both working hours and away from them. He operates on a routine that nobody dares challenge, and as suggested in an early scene, that goes most of all for his lovers. “Where have you gone, Reynolds,” one asks, and it’s as though she may as well not even be present in the room at all. Even when Alma begins to challenge the rigors of his routine, she’s met with infinite hostility at every turn. Everything from the overly loud buttering of bread to her declarations that she doesn’t care for a particular dress is against the code of the House of Woodcock, she the intruder into a fragile closed ecosystem that existed years before she ever came into Reynolds’ orbit. His charm and benevolence quickly gives way to an endless list of demands, ones it’s up to her to either meet or wither against. Whatever she chooses.

This is merely where the film begins, however. When it eventually emerges that Alma has essentially become a caretaker for Reynolds, particularly as he has his “spells” and grows sickly and vulnerable, and that she’s responsible for at least some of the spells witnessed onscreen during the film, Phantom Thread reveals itself as not a film about tortured artists, but in fact the ways in which some artists require a little torture. After all, what’s there to be anguished about in a life of success and perfection without interruption? Likewise, Alma is less the innocent that the film initially frames her to be than a woman who understands Reynolds, and his needs, more intimately than anybody else ever has — or more intimately than Reynolds himself. She sees him as requiring his moments of falling apart, “like a little baby,” so that she can then make him strong again, back into the temperamental bastard who makes the greatest dresses in all of London.

Anderson may be playing with a type, but Phantom Thread fires on a level beyond itself, as a parable about how the men we see for their tortured brilliance often visit that torture upon themselves, even requiring it, and that the women we see as their muses often require a kind of strength and autonomy never afforded to them by “patient muse” stories. There’s a rueful irony to much of the film, evidenced in everything from the strange, borderline S&M relationship at its center to the bitter punchline of “Woodcock” as the surname for a man full of impotent rage and anger. (This isn’t even the first time Anderson has riffed on this theme using Day-Lewis as an avatar; There Will Be Blood likewise calls Daniel Plainview’s virility into question.) In Anderson’s world, the most brilliant and commanding presences among us are often our most fallible, and those seen off to the side of them frequently wield all the power.

This ethic is every bit as true of The Master as Phantom Thread, albeit in its own distinct context. Where Phantom Thread considers our interpretations of the masculine and feminine on a smaller and more intimate level, The Master is as deeply concerned with the natures of religion and grief as those themes, while also flawlessly integrating them. Anderson’s 2012 film follows Freddie Quell (Joaquin Phoenix), a WWII Navy veteran who returns home, struck with PTSD, to a country that understands too little about the torrent of pain overwhelming him every second of the day. He drifts, lost and intoxicated, until he winds up in the clutches of Lancaster Dodd (Phillip Seymour Hoffman), a distinctly L. Ron Hubbardian figure who invented and presides over The Cause, a revivalist religion built around self-betterment through labor and obedience.

Much like Reynolds, Dodd is full of pain and turmoil, and also much like Reynolds, it’s Peggy Dodd (Amy Adams) who pushes him to realize his dream of a world united behind The Cause. Through both Lancaster and Freddie, The Master explores the idea of the American man as an aggressive narcissist, believing himself entitled to whatever he desires. For Freddie, it’s sex and some kind of respite from the devils gnawing at him from within; for Dodd, it’s the worship of a man bold enough to invent his own church. Peggy is the only one who seems to understand the threat that Freddie poses to the cause; where Dodd’s plan exists only with order and stillness, Freddie is the polar opposite, a mad being who worships no god or cause, only his hedonistic impulses. “This is something you do for a million years or not at all,” she says. “This isn’t fashion.” Dodd may be full of bluster, given to fits of rage at the slightest challenge, but without Peggy he’s merely an ideologue with a lot of talk and very little in the way of know-how when it comes to running a proper cult. She’s the firm hand, he the loquacious tool.

In the film’s vision of the post-WWII world, just a few years before Phantom Thread picks up, all men are lost and hopelessly searching for direction. Near the end, Dodd takes Freddie out to the salt flats to race motorcycles, encouraging him to pick a point on the distant horizon and hurtle himself at it with as much speed as he can possibly gather. It’s the film’s thesis in miniature: there is no grand design, and all we can do is choose a sense of purpose, fling ourselves at it with violence and speed, and hope that nothing impedes the path along the way. In chaos, Freddie is free; in his bloviating sense of earned divine will, Dodd will someday pass on, a slave to his own arrogance for the whole of his life.

And if The Master concerns itself with picking a direction, however nebulous, 2014’s Inherent Vice takes a deep headfirst dive into a world which offers virtually no hints about which way is up. Anderson teams again with Phoenix, this time as “Doc” Sportello, a detective for hire in the fictional Gordita Beach, California circa 1970. When his ex-girlfriend Shasta Fay Hepworth (Katherine Waterston) suddenly reappears in his home with a story about her new lover being driven purposely mad by his ex-wife and her new lover, and then disappear again just as quickly, Doc is forced to negotiate a seedy version of Los Angeles run at every turn by corrupt cops, white supremacist gangs, political subversives, parties out to subvert the political subversives, saxophone players, and, at least, one quick-witted maritime lawyer.

At a glance, Vice would seem to be the easy outlier of the trio, less a meditation on manhood or genius than a stoned, occasionally hilarious, mostly bleak excursion through the ugliest corners of L.A.’s underbelly. But it’s very much of a piece with the others, in that it’s a macro-level examination of what happens when even the counterculture is giving itself over to base impulse, when flower children are becoming heroin addicts and the world is only as decent as the lies told about it by people with something to gain. In one scene, Doc wanders through a house party thrown by a psych-rock band along the ocean, where in one room, young women fawn over keyboard players, and in the next, fascist biker gangs make back-room deals. As Doc considers this dichotomy, Joanna Newsom’s narration draws out a key point in the film:

“Was it possible that at every gathering, concert, peace rally, love-in, be-in, freak-in, here up north, back east, wherever, some dark crews had been busy all along reclaiming the music, the resistance to power, the sexual desire from epic to everyday? All they could sweep up for the ancient forces of greed and fear? Gee, he thought. I don’t know.”

Vice plays as a sort of origin story for what the world, particularly America, would become in the century’s latter third. Even as revolution brewed, it was being co-opted by people who would stand to lose the most from a genuine and lasting sense of revolution. Even as freedom reigned, it was being shaped and molded into something more digestible and acceptable. Drug addicts were just drug addicts, no longer voyagers opening their doors of perception. There’s no direction, there’s no real purpose, there’s no endgame for accomplishment or failure. We all just ramble along, hoping that the point far off on the horizon will reveal itself one day before we’re no longer here to see it.

Still, there’s a weary streak of humor within the film all the same, just as there is with Phantom Thread. Anderson’s vision of a world corrupted and largely run by hyper-intelligent fools has followed him through so much of his work, particularly of recent vintage, but this isn’t to say that the filmmaker is incapable of a dry cackle at the madness of it all, from time to time. But there’s a bleak prophecy between the three, one about a world slowly rotting out as a result of the people it chooses to uphold, to deify, to follow. In The Master, a challenger to Dodd’s indomitable sense of purpose points out that without science, or some other basis of rationality, “you only have the will of one man, which is the basis of cult.” In ways writ small and large, Anderson has spent the past decade exploring cults of personality and cults in their most literal sense alike.

If there might be a path to salvation from all of this, from weak men dictating the terms of the world and corruption slithering into every decent corner of society, it might just lie in the final, oddly tender moments of Phantom Thread. In its perverse way, the film achieves a kind of genuine balance, people at harmony one another by exploring the extremities of their own wants and needs, rather than burying them deep and continuing on with their business as usual. By being weak, we can be strong again. By making ourselves vulnerable, whether by force or otherwise, we can unlock our better nature. There’ll always be some sort of nefarious darkness lurking around the corner, whether in ourselves or in the larger world, some knife scraping a little too loudly across a piece of bread during breakfast. In the meantime, we can be loved, wholly and unselfishly.

The rest is out of our hands.